Last week was another strong one for the precious metals sector.

Gold has not reached $1550/oz yet but as it inches higher, some technical and sentiment indicators are urging caution.

Gold’s net speculative position of 54% is very close to the peaks of 55% to 60% seen since 2000. It’s possible the commercial hedgers will start covering at somepoint like they did in 2006 and 2010 but for now we have to assume they won’t if $1550/oz holds as resistance. 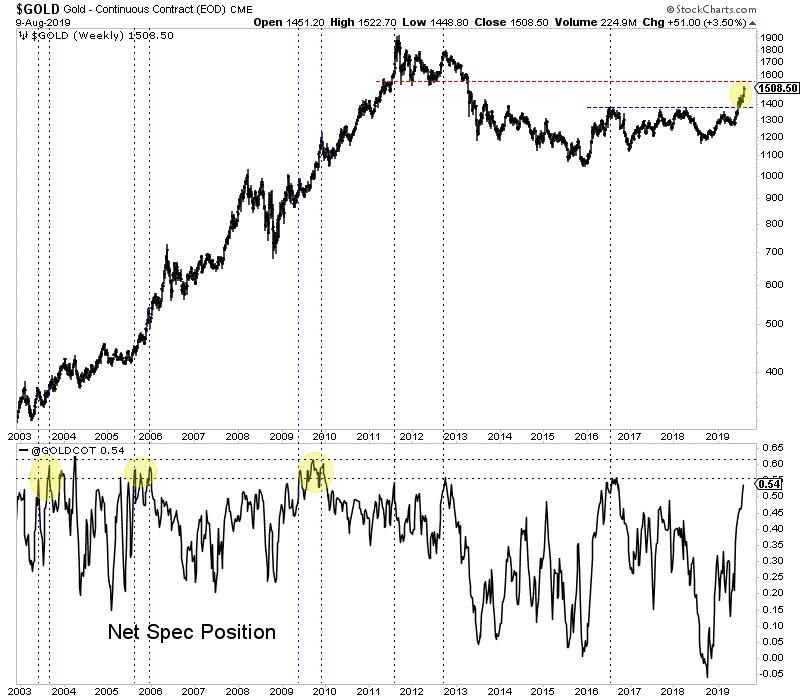 During that strong 10-year period, those figures of 51% and 84% were reached seven times. Five of those seven times Gold corrected or consolidated for at least a few months. 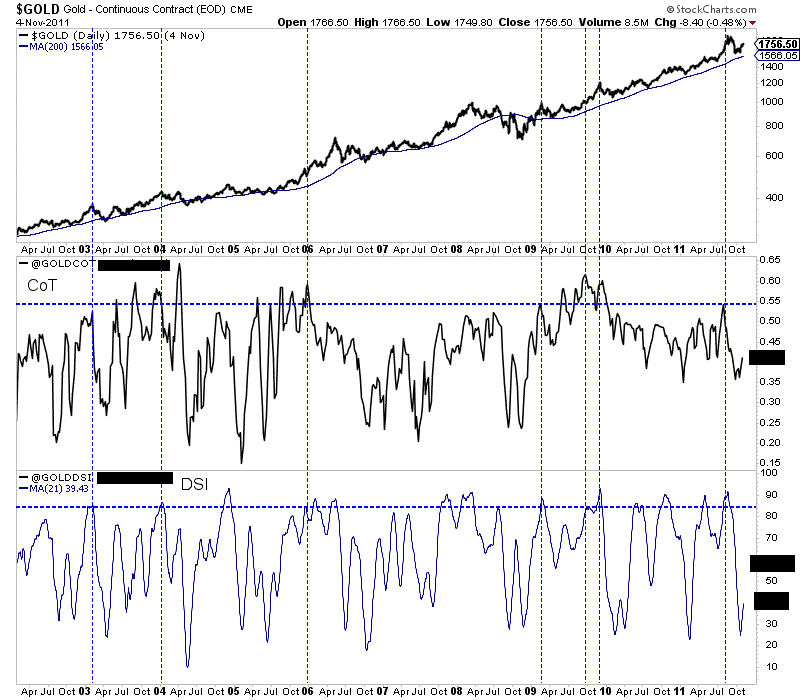 Turning to the gold stocks (and GDX specifically), we find a fairly overbought condition while the market approaches multi-year resistance at $31-$32.

The bullish percentage index (BPGDM) and a 20-day moving average of new highs in GDX are approaching the levels they peaked at in July 2016. 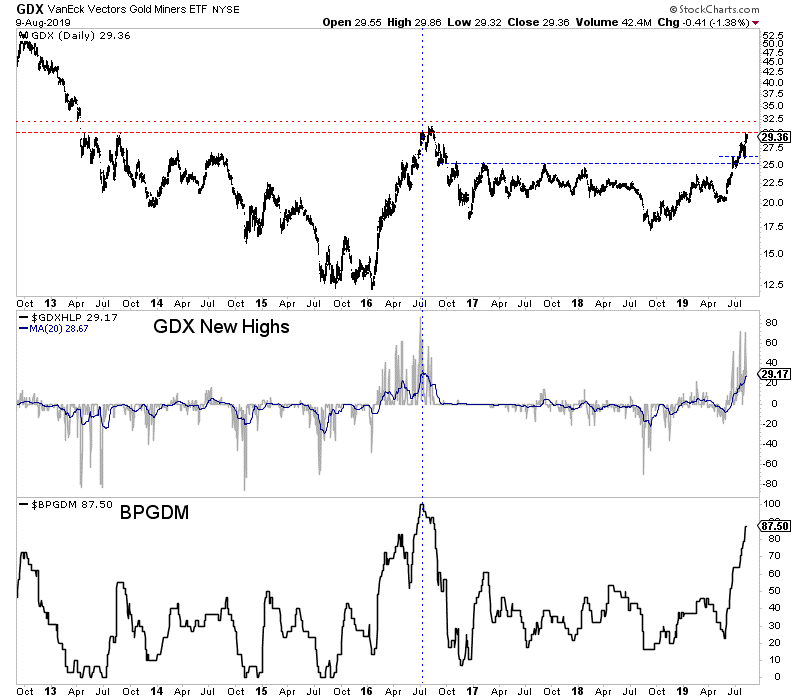 The trend in precious metals is strong and the fundamentals are bullish but there can obviously be corrections and consolidations within strong trends.

Sentiment indicators are becoming a concern and Gold and gold stocks (GDX) are approaching obvious resistance levels at $1550/oz and $31-$32.

This is not the time to be placing aggressive bets on Gold or the senior gold stocks. If there is a sector correction, those areas figure to be hit harder than Silver or junior mining stocks which are not as extended.

If you missed the recent run then it is best to be patient, buy value and wait for weakness in anything that is strong but too extended. New opportunities will emerge. To learn the stocks we own and intend to buy during the next correction that have 3x to 5x potential, consider learning more about our premium service.