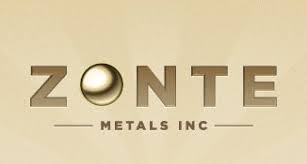 At the Cross Hills IOCG project, winter drilling included the completion of four holes with a fifth in progress at the Dunns Mountain target. The winter program was shut down due to the spring thaw. The drill holes focused on the eastern side of Dunns Mountain.

DH-20-02 intersected intervals of anomalous copper values with zinc and lead mineralization which has been identified peripheral to some IOCG deposits.

Drill holes CH-20-01 through to 03 were drilled on the eastern side of Dunns Mountain while the heavy snow cover allowed for easier logistics. These holes tested the moderate to weak gravity anomaly associated with the eastern side of the magnetic anomaly. DH-20-01 was drilled from east side of the mountain to the southwest. Several intervals of visual mineralization were noted including; 122.5 to 139m which returned anomalous copper values and between 305 and 405m where widely spaced hairline fractures containing copper mineralization was noted. The later interval of mineralization is similar in nature to the mineralization identified in CH-19-09 where spaced hairline mineralized fractures were intersected between 120 – 160m and 220 – 275m (see March 3, 2020 press release). DH-20-02 showed several intervals of anomalous copper with elevated zinc and lead values. The intervals between 98.24 – 100m and 157.31 – 161.2m recorded zinc values up to 0.69% zinc with anomalous lead and copper. DH-20-03 was the most eastern drill hole aimed at established the outer limits of the alteration halo at Dunns Mountain. This drill hole intersected a 0.12m zone of high-grade silver between 291.40 – 291.52m which returned 2048 g/t silver, 1.17% copper, > 0.1% tungsten and trace gold.

DH-20-04 was drilled from the top of the hill back in an approximate east-northeast direction towards the high-grade silver interval in CH-20-03. The hole deviated from the target and didn’t intersect the projection of the mineralized zone. A number of narrow veins containing bornite mineralization were interested in this hole.

DH-20-05 was started prior to the spring thaw and stopped at 180m when snow conditions deteriorated. This hole did intersect several narrow zones of mineralization at the top of the hole with one 0.45m interval returning 0.35% copper, 6.5 g/t silver and trace gold. Drilling has restarted and this hole will target a deeper section of the Dunns gravity and magnetic profile.

Drilling on the eastern side of Dunns Mountain showed intermittent anomalous copper, increase pyrite content as well as sphalerite mineralization. These mineral assemblages are sometimes associated with the periphery of IOCG systems and this data will be used in the design of the continuing drill program at Dunns. The notable lengths of widely spaced hairline fracturing containing copper mineralization in CH-20-01 which was similar to that previously interested on the south side of the mountain warrants further testing as does the possible extension of the narrow high-grade silver in DH-20-03. The Company continues to test various parts of the large 1300m by 600m gravity and coincident magnetic anomaly at Dunns Mountain.

The drill program at the Wings Point Gold Project has been completed with six drill holes testing various targets on the Property. The drill core is presently being split, sampled and shipped to the lab.  The results will be released once data has been received.

Dean Fraser, P.Geo. is the qualified person as defined by NI 43-101 and has reviewed and approved the contents and technical disclosures in this press release.

All drill core was logged and prepared for shipment on site and shipped to Eastern Analytical in Springdale, NL under chain of custody.  QA/QC included the systematic insertion of certified standards and blanks. Samples were described, tagged and sealed prior to being transported to the lab  where the samples were analyzed for the ICP-34 package (34 element 4 acid leach, ICP-OES finish) and the Fire Assay (30g) with AA finish. Eastern Analytical also provides its own internal QA/QC protocol of blanks, duplicates and standards in each work order, which is supplied to the Zonte with the rock sample analysis.

Zonte Metals Inc. is a junior explorer focused on gold and copper. The Company has signed Option Agreements to acquire 100% of the McConnells Jest project, in the Tintina Gold Belt, located in the Yukon Territory and the Cross Hills IOCG project located in Newfoundland and holds a 100% interest in the drill ready Wings Point Gold Project also located in Newfoundland.  In addition, the Company and partner have an application over open areas sitting on top of the open pit outline of the Gramalote Deposit in Colombia, which is held by AngloGold Ashanti (NYSE:AU) and B2Gold (TSX:BTO, NYSE:BTG). The title issuance is being contested by the state governing the application and the Company has started legal action to protect its rights.