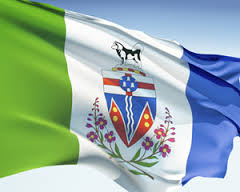 The Yukon government is expanding its assistance to the mineral exploration industry. Funding for the 2014/15 Yukon Mineral Exploration Program has been increased to a total of $1.4 million, subject to legislative approval.

“We have increased funding for the Yukon Mineral Exploration Program by $630,000 for the coming season,” Premier Darrell Pasloski said in Vancouver, where he is attending the Mineral Exploration Roundup. “This investment has a track record of succeeding. Last year’s funding leveraged over $3 million in exploration investment by the private sector.”

The Yukon Mineral Exploration Program (formerly called the Yukon Mining Incentive Program) provides funding to individuals, partnerships and junior mining companies to move forward on their mineral exploration projects. Part of the program’s function is to provide a portion of the risk capital required to locate, explore and develop mineral projects to an advanced stage.

“In addition to directly funding exploration programs, YMEP has proven to be a strong vehicle for companies to leverage additional funding from investors,” Minister of Energy, Mines and Resources Scott Kent said. “We have also seen that the program provides incentive for companies to operate locally and invest in Yukon’s economy.”

Last season, 55 Yukon exploration projects were funded through the program, which was half of the total number of active projects in the territory. Immediate impacts of last year’s funded projects included 300 new mineral claims and the discovery of 12 new mineral occurrences.

Historically, the program has been instrumental in assisting prospectors who have made significant recent mineral discoveries in Yukon.

YMEP is a competitive, proposal-driven process that is merit-based. The projects most likely to be funded are ones that have the best chance of succeeding and the strongest potential to generate additional investment in Yukon’s economy.

The application deadline for the upcoming year’s program is March 31.