Value of U.S. Treasury Securities Held by Russians Is Down 55.49% Since the Beginning of the Year

Value of U.S. Treasury Securities Held by Russians Is Down 55.49% Since the Beginning of the Year 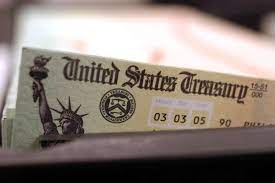 According to an analysis by MoneyTransfers.com, Russian holdings of the U.S. Treasury securities dropped by $55.49% from January to May. The treasury security fell from $4.503 billion to $2.004 billion since the year began.

Effects of the Ukraine War

Russia’s actions in the Treasury market reflect the growing outrage over Moscow’s invasion of Ukraine.  The United States has sanctioned several Russian individuals and entities in response to the crisis. These sanctions have made it more difficult for Russia to do business with American companies and banks. As a result, Russia may be increasingly trying to reduce its exposure to the United States.

Still, The U.S. first made an exception to sanctions for the Russian central bank to pay bondholders through the U.S. and international banks.

Later, the U.S. Treasury declared that it would prevent the Russian government from using U.S. institutions to pay bondholders.  This decision was made to put more pressure on the Kremlin and make it harder for Russia to finance its debt.

Impact on the Market

In May, bond specialists warned that an increase in Treasury issuance would lead to higher long-term rates; however, most of the surplus resulted from record large Treasury auctions rather than sales from Moscow.

While the Russians’ liquidation is intriguing, the amount they owned and sold represents a small part of the multitrillion-dollar Treasury market. This is primarily the result of sanctions and portfolio adjustments and has little to do with a genuine market movement. The lack of or subdued market activity pretty much sums up the change.

In the short term, however, it appears that the Russians’ selling has had minimal impact on prices or yields. This is likely due to the fact that global central banks are still actively buying Treasuries as part of their quantitative easing programs.  In other words, while the Russians may be selling, there are other investors more than willing to step in and take their place. Full story and statistics can be found here: Value of U.S. Treasury Securities Held by Russians Is Down 55.49% Since the Beginning of the Year