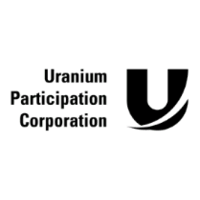 Uranium Participation Corporation (TSX: U) is pleased to announce the closing of its bought deal equity offering of 15,481,300 common shares of the Company at a price of $5.20 per Share, which included the full exercise of the over-allotment option granted to the Underwriters (as defined below), for total gross proceeds of $80,502,760.

The net proceeds of the Offering will be used by the Company to fund future purchases of U3O8 and/or UF6 and for general corporate purposes, as more fully described in the Prospectus (as defined below).

The Shares issued under the Offering were offered by way of a short form prospectus dated May 18, 2021  in each of the provinces of Canada, except Quebec, pursuant to National Instrument 44-101 – Short Form Prospectus Distributions and in the United States on a private placement basis pursuant to an exemption from the registration requirements of the United States Securities Act of 1933, as amended, and such other jurisdictions as agreed upon by the Company and the Underwriters, in each case in accordance with all applicable laws and provided that no prospectus, registration statement or similar document is required to be filed in such jurisdiction. The Offering remains subject to final approval by the Toronto Stock Exchange.

Uranium Participation Corporation is a company that invests substantially all of its assets in uranium oxide in concentrates (“U3O8“) and uranium hexafluoride (“UF6“) (collectively “uranium”), with the primary investment objective of achieving appreciation in the value of its uranium holdings through increases in the uranium price. UPC provides investors with a unique opportunity to gain exposure to the price of uranium without the resource or project risk associated with investing in a traditional mining company.