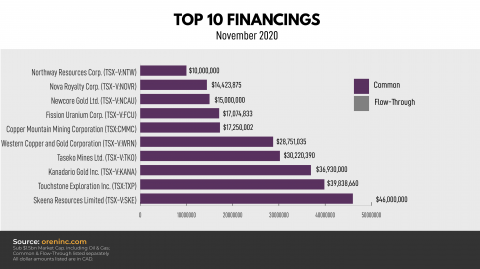 The Oreninc Top 10 Financings for November 2020 consisted of several commodities with Gold and Copper taking the lead with both four spots. Oil & Gas and Uranium are up the last two spots.

The top 10 deals show a 42% increase from the $179.8 million closed in September while the total deals decreased a little more than 1% in comparison to last month. The Top 10 deals represent 58% of the total deals closed. This shows that with increasing commodity prices the interest for large deals is picking up. November saw 129 deals close, 7.8% fewer than the 142 deals closed in October. 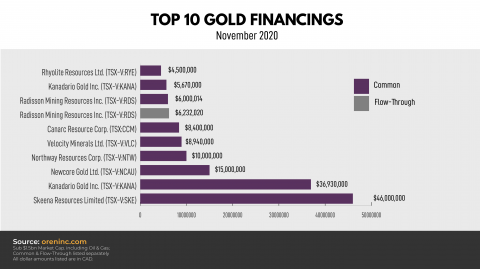 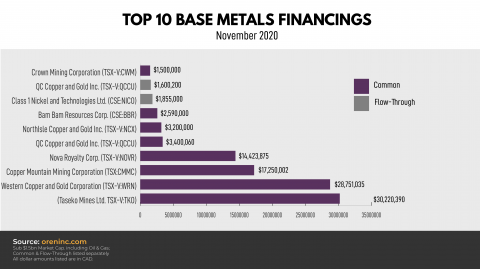 The top ten Base Metals raised and aggregated $104.8 million in November, an 83,8% increase from the $57 million raised in October and representing 90.4% of the total. Taseko led the way with a $30 million raise followed by Western Copper and Gold and Copper Mountain Mining. Total Base Metals financings aggregated $115.9 million in November accounting for 26,4% of the total financings closed.