This week in Canadian history, May 20, 1980: ‘Canada’s Brexit’ is defeated in Quebec, thank you very much. 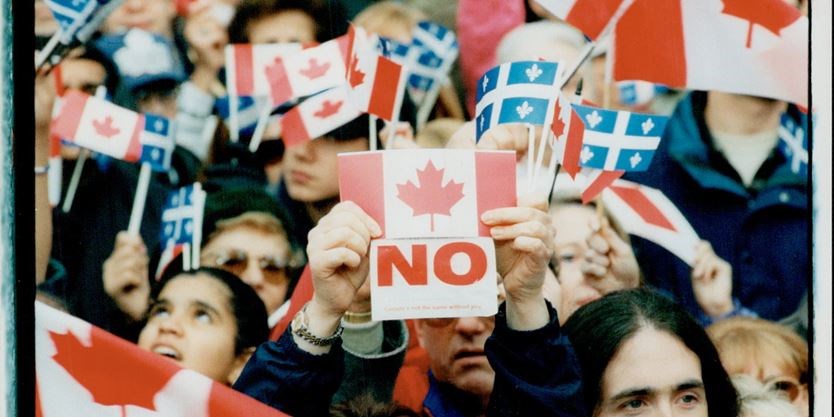 A referendum is held in la belle province on a proposal for sovereignty that would have split the country in two.

Absent Nigel Farage and his silly bus, cooler heads prevailed, with residents voting 59% against the proposal, 41% in favour.

A second referendum will be held in 1995, proving that a stupid idea is worth trying twice.

“The financing was originally planned for gross proceeds of up to CAD$10 millionand we are extremely pleased with the increased interest which will allow us to accelerate our growth as a multi-state operator,” says their President, Robert Hasman.

PreveCeutical Medical Inc.(CSE:PREV) announces their research team at the University of Queensland has been granted the necessary approvals from a local hospital to acquire human nasal mucosal tissue for the final phase of the cannabinoid-based, soluble gel drug delivery research and development program.

ICC International Cannabis Corp. (CSE: WRLD.U) and Organic Flower Investments Group Inc.(CSE: SOW) have entered into definitive agreements  with the Toronto Wolfpack and HowlBrands to manufacture and distribute a suite of athlete-focused, CBD performance products. Under the terms of the agreements, ICC and Organic Flower will become TWP’s exclusive international and North American manufacturing and distribution partners.

Atlas  Blockchain  Group  Inc.(CSE: AKE) has has  closed  a  second  tranche  of its  recently  announced  private  placement,  raising  total  gross  proceeds  of $10.1M for a proposed acquisition of an Israeli cannabis operation.

AREV Brands International Ltd. (CSE:AREV) has contributed DNA samples from select BC Bud Depot genovars to the inaugural batch run on the world’s first Bead Array genotype chip to be designed specifically for the cannabis genome.

The Illumina Infinium HTS microarray, designed and wholly owned by Lighthouse Genomics Inc., allows up to 96 samples to be economically tested in a single batch run. Through its holding BC Bud Depot, AREV has entered into a LOI to undertake genetic quality screening of all BC Bud Depot strains and genovars. This advancement in genomics technology provides BC Bud Depot access to what is now the world’s most efficient and cost-effective method of gathering quality, targeted data from the cannabis genome.

Matica Enterprises Inc. (CSE:MMJ) takes the first steps to enter the Canadian adult-use cannabis edibles  market with the purchase of Trichome Treats Inc. Matica will work with Trichome and their  award winning chocolatiers to produce a full range of adult-use cannabis infused  roducts. Offerings  will  include cannabis edibles, beverages and infused derivatives, in anticipation of expected legalization of edibles in October of this year.

One World Lithium Inc. (CSE:OWLI) updates on their 14,000 foot drilling program in Mexico. The drill rig has been mobilized to the site and drilling of the first hole started May 23rd.

The said by-law restricts the use of land for cannabis related purposes for one year to provide the Town of Pelham with time to review its land use planning policies and regulations pertaining to cannabis related uses. The decision to begin litigation against Pelham follows an exhaustive process in which Leviathan worked cooperatively and transparently with town officials, and the town’s own Department of Community Planning & Development recommended to council that Leviathan’s exemption application be approved.

Integrated Cannabis Company, Inc.(CSE: ICAN) has acquired all of the issued and outstanding  shares of TargetCo, to become the owner of a cannabis cultivation business and license in Nevada.

Trend continued at a steady decline this holiday week, with a bounce beginning on Friday that continues to surge for now. Opening at 814.52, to close at 783.43.

The Chinese yuan and American dollar are slumping amid their ridiculous and ill-conceived trade war. The yuan is at a 4 year low, and the American Feds are trying desperately to halt the devaluation of their own currency.

Meanwhile the Canadian dollar is stable, thank you very much.

Hovering around 74 cents US since the start of the year, the loonie is a solid alternative to the silliness currently embroiling our largest trading partners.