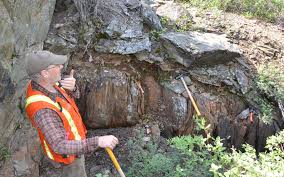 TerraX Minerals Inc. (TSX-V:TXR) (FRANKFURT:TX0) has completed an initial closing of 5,550,000 units at $0.35 per unit for gross proceeds of $1,942,500. Each unit consists of one common share and one-half of one share purchase warrant, with each full warrant entitling the holder to purchase an additional common share at an exercise price of $0.50 per share until September 30, 2017. The shares, warrants and any shares acquired on the exercise of warrants will be subject to a hold period expiring on January 31, 2015. Cash finder’s fees will be payable with respect to a portion of this placement along with the issuance, to certain finders, of 28,000 finders warrants exercisable at $0.50 until September 30, 2017.

The proceeds of this private placement will be used to finance drilling this winter on TerraX’s Yellowknife City Gold Project, immediately north of Yellowknife in the Northwest Territories.

The project lies on the prolific Yellowknife greenstone belt and covers 15 km of strike length on the northern extension of the shear system that hosts the high-grade Con and Giant gold mines. The project area contains multiple shears that are the recognized hosts for gold deposits in the Yellowknife gold district, with innumerable gold showings and historic high grade drill results. Since January 2013, TerraX has consolidated the project area by acquiring and optioning numerous properties, including: Northbelt, Goodwin, Ryan Lake, Walsh Lake, and U-Breccia, as well as staking additional contiguous lands. Being all-season road accessible and within 15 km of the City of Yellowknife, the YCPG is close to vital infrastructure, including transportation, service providers, hydro-electric power and skilled trades people.