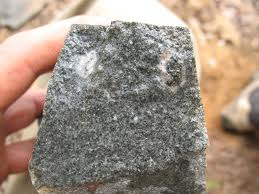 Surface time domain electromagnetic and gravity surveys were initiated at the Maniitsoq project in mid-April and were completed in mid-June. The surveys were carried out by Crone Geophysics of Mississauga, Ontario and focused on two areas, the Imiak Hill Conduit Complex and Fossilik, where previous drilling intersected significant Ni-Cu-PGE mineralization.

Preliminary TDEM results indicate the presence of EM anomalies correlating with both existing mineralization and also representing new geophysical targets. Preliminary gravity results indicate that gravity anomalies exist in both the Imiak and Fossilik areas and correlate with noritic intrusions identified from both surface mapping and drilling. Several of the known nickel-copper occurrences are empirically observed to occur at the margins of these gravity highs.

NAN President and Interim CEO, Mark Fedikow, commented: “The 2014 exploration program is well underway and completion of the surface geophysical surveys over the IHCC and Fossilik areas is an important component in our exploration strategy. The addition of gravity surveying this year represents a valuable new tool for exploring the Company’s large Maniitsoq property where noritic intrusions occur over a 75 km strike length. Identification and correlation of gravity highs with two of the known mineralized norite intrusions in the belt indicate that gravity will be very useful in mapping the subsurface extents of mafic and ultramafic intrusions and in helping to understand the distribution of related nickel-copper sulphide mineralization”.

TDEM surveying totaling 87 line km have been completed in the IHCC and Fossilik areas located in the central portion of the Maniitsoq property. Data interpretation and modeling are in progress and results are being used to target both follow-up drilling as well as define new targets for potential drill testing.

Gravity surveys were completed over the IHCC and, based on favorable results, an additional gravity survey was carried out over the Fossilik area. In each area, the surveys consisted of a core of gravity readings at 50m stations on 200m line intervals surrounded by more widely spaced readings typically on 500m centers. Gravity readings were taken at a total of 944 stations. The preceding comments are based on initial data modeling and inversions.

At the IHCC several gravity highs are observed to be coincident with, or flanking, the mapped and interpreted norite outcrops. Gravity inversion modeling shows one of the gravity highs to be coincident with the mineralized Spotty Hill norite intrusion. This gravity high extends south of the current Spotty drilling and also extends to the northwestward towards the Imiak North area. Another larger more complex double lobed gravity high lies in the immediate vicinity of the mineralized Imiak Hill norite intrusion. One lobe of this gravity high extends south of the Imiak Hill drilling and the other lobe lies to the NW.

At the Fossilik area located 9 km southwest of the IHCC gravity surveying identified a large approx. 1.5 km x 2.5 km gravity high which is coincident with the Fossilik norite intrusion. Surface nickel occurrences and nickel mineralization intersected in historic drilling and past drilling by the Company are observed to lie at or near the southwestern and western margins of this gravity high.

Data interpretation and modeling are on-going but results to date indicate that gravity data will be a useful tool to aid in mapping the sub-surface extents of the target noritic intrusions, particularly as compared to the magnetic data where correlation of anomalies with norite intrusions is less consistent. Additional images of the gravity inversions may be viewed on the Company’s website.

The Maniitsoq property in Greenland is a Camp scale project comprising 3,601 square km covering numerous high-grade nickel-copper sulphide occurrences associated with norite and other mafic-ultramafic intrusions of the Greenland Norite Belt (GNB). The greater than 75km-long belt is situated along, and near, the southwest coast of Greenland, which is pack ice free year round.

The Post Creek/Halcyon property in Sudbury is strategically located adjacent to the past producing Podolsky copper-nickel-platinum group metal deposit of KGHM International Ltd. The property lies along the extension of the Whistle Offset dyke structure. Such geological structures host major Ni-Cu-PGM deposits and producing mines within the Sudbury Camp.