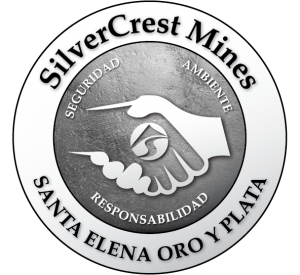 SilverCrest Mines Inc. (TSX:SVL) (NYSE MKT:SVLC) is pleased to announce the results of its Annual General Meeting of Shareholders held in Vancouver, B.C.

Shareholders voted in favour of all items of business, including the election of each director nominee by show of hands. A total of 38,023,455 votes were submitted by proxy, representing 32.03% of the issued common shares as of the record date. The following is a tabulation of the votes submitted by proxy:

Mr. J. Scott Drever, Chief Executive Officer stated: “It is particularly gratifying to have shareholders reaffirm their confidence in management with the election of their proposed slate of Directors. We are extremely pleased with the election of Mr. Dunham Craig to the Board. Mr. Craig has 26 years in the mining industry which has encompassed all aspects of mining projects and operations, progressing from exploration discovery to feasibility, financing, permitting, construction and production related to two mines. He has extensive experience in Canada, Central America and Mexico with groups such as Wheaton River Minerals Inc. and Glencairn Gold Inc. and has worked in development, construction and production in Latin America for over 15 years. In addition to his “discovery to production” experience with Wheaton River Minerals, Mr. Craig was Project, Construction & Interim Mine Manager for a 12,000 tpd gold heap leach operation in Central America. Mr. Craig is currently President and CEO of Geologix Explorations which has successfully acquired and permitted a 38,000 tpd gold/copper project in Mexico.

Mr. Craig brings to the Board a broad range of hands-on experience in all aspects of the mining sector. His fellow Directors and Management of the company welcome his participation and look forward to working with him as the many exciting aspects of the growth of SilverCrest continue to unfold.”

SilverCrest Mines Inc. is a Canadian precious metals producer headquartered in Vancouver, BC. SilverCrest’s flagship property is the 100%-owned Santa Elena Mine, located 150 km northeast of Hermosillo, near Banamichi in the State of Sonora, Mexico. The mine is a high-grade, epithermal silver and gold producer, with an estimated life of mine of 8 years and operating cash costs of $11 per ounce of silver equivalent (55:1 Ag:Au). SilverCrest anticipates the new 3,000 tonnes per day conventional mill facility at the Santa Elena Mine should recover average silver and gold annual quantities of 1.5 million ounces of silver and 32,800 ounces of gold over the current 8 year reserve. Exploration programs continue to make new discoveries at Santa Elena and also have rapidly advanced the definition of a large polymetallic deposit at the La Joya property in Durango State, Mexico.