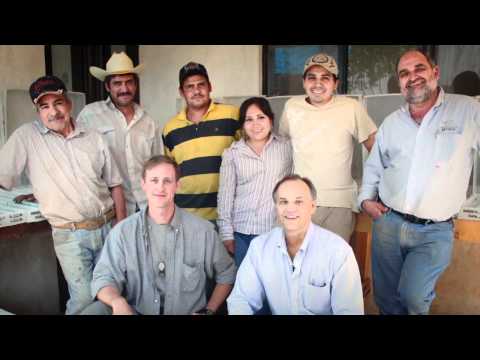 SilverCrest Mines Inc. announce the results of an additional 15 holes of the Phase II drill program and additional surface sampling currently underway at its La Joya Property in Durango, Mexico.  The Phase II drill program has been expanded by 10 holes to 90 holes totaling 20,000 metres. Phase II drilling reported to date has extended the Main Mineralized Trend (“Trend”) beyond the area containing the current Inferred Resource of 101.9 million ounces Ag Eq.*(see News releases dated March 20 and May 7, 2012 and attached figure). Newly constructed drill roads have exposed high grade surface mineralization with Ag Eq values ranging from 72.6 grams to 187.6 grams over sample intervals ranging from 39.7 metres to 99 metres.   Drilling and surface sampling has now extended the Trend to approximately 2.5 kilometres with an average width of approximately 700 metres. Please reference our revised website at www.silvercrestmines.com for more information, photos and figures on La Joya.

J. Scott Drever, President stated: ”Since announcing the Inferred Resource of more than 100 million ounces Ag Eq. at La Joya, we have completed an additional 64 core holes in the expanded Phase II program of 70 core and 20 RVC holes. The drill results continue to support our large tonnage silver deposit model and the extensive surface sampling in conjunction with certain drill holes support the concept of a potentially higher grade, open pit concept.  The remaining drill holes will be directed to establishing additional resources and a basis for a conceptual open pit evaluation.”

Five of the 15 holes reported in the tables and text below continued to test the southern extension of the Trend and the remaining 10 holes focused on the delineation of the Contact Zone within the Trend and Santo Nino Target. An extensive, channel surface sampling program along new road cuts has been completed within the Trend and subsequent Contact Zone area with 196 recent assay results. Composites of the surface sampling results are presented in the Tables below and attached figure.

Silver values in this series of core holes and surface channel samples along the Trend  range from 1.6 gpt to 119.1 gpt and on a silver equivalent* basis values range from 11.0 gpt to 200.3 gpt Ag Eq. Mineralized intervals range from 8.9 metres to 305.0 metres. True thicknesses of mineralized intercepts can be approximated from cross sections of previously announced drill holes in associated areas. The most significant assay results are shown in the following tables;

All sample analyses presented in this news release were completed by ALS Chemex in Zacatecas, Mexico and North Vancouver, BC, Canada.

Partial drilling of the Contact Zone shows consistent intercepts of wide-spread tungsten (W03), gold (Au), copper (Cu) mineralization from surface to depth (up to approximately 300 metres vertical). All drilling to date that has intercepted intrusive(s) has also  intercepted the Contact Zone over an area of approximately 2.5 kilometres by 1.2 kilometre with estimated thicknesses ranging from 10 to  200 metres. The Contact Zone is considered a “potential large bulk tonnage tungsten target” which will be presented in the next resource estimation due in Q4 2012. Continuous channel sampling along new access roads shows tungsten mineralization up to 305 metres grading  0.063% W03 with anomalous grades of Au, Cu, Ag (see Table below and attached Figure).

Hole L J DD12-74 was drilled on the Santo Nino Target approximately 1 kilometre east of the Trend and intercepted 35.2 metres of massive and semi-massive sulphides grading 52.2 gpt Ag, 0.05 gpt Au and 1.6% Cu with 0.037% W03. This is considered a new discovery at La Joya. Further drilling is planned to determine the dimensions of this mineralization.

The Phase II drill program is designed to test approximately 2.5 kilometres of the Trend which includes at least 8 near-vertical structures/stockwork zones, 14 near-horizontal, stacked mantos plus the Contact Zone which is adjacent to the underlying intrusive. Drilling on the southern extension of the Trend and Contact Zone continues with three core drill rigs. A reverse circulation drill is expected to be added in October 2012. Based on Company surface mapping, sampling and historic drill hole results, the southern area is thought to be potentially the highest grade area along the Trend. The Company is currently examining the potential for a near-surface, higher grade, low strip open pit as a conceptual “starter pit” that will be evaluated in an upcoming Preliminary Economic Assessment.

Core samples for holes L J DD12-75 to L J DD12-90 are currently being logged, sampled or are in the laboratory for analysis. The Company is currently drilling hole L JDD12-93 located on the southern part of the Trend. Assays for the next series of holes will be reported upon receipt and compilation. Several holes contain anomalous molybdenum, tungsten, tin, lead and zinc values over significant widths in the skarn. The significance of these associated mineral zones is being examined with partial near-surface tungsten results presented in the Table above.

* Silver equivalency includes silver, gold and copper and excludes lead, zinc, molybdenum and tungsten values. Ag:Au is 50:1, Ag:Cu is 86:1, based on 5 year historic metal price trends of US$24/oz silver, US$1200/oz gold, US$3/lb copper. 100% metallurgical recovery is assumed.
**Classified by EBA, A Tetra Tech Company and conforms to NI 43-101, 43-101CP, and CIM definitions for resources. All numbers are rounded.  Inferred Resources have been estimated from geological evidence and limited sampling and must be treated with a lower level of confidence than Measured and Indicated Resources.
*** Mineralization boundaries used in the interpretation of the geological model and resource estimates are based on cutoff grades of 15 gpt Ag Eq and 30 gpt Ag Eq using the metal price ratios described above.

Please refer to the January 4, 2012 news release and to the La Joya NI 43-101 Technical Report dated February 20, 2012 for further details of the Inferred Resource estimate.

The core drilling of the Phase II drill program is anticipated to be complete in October, 2012 with a subsequent revision and announcement of updated resources in Q4 2012. Extensive metallurgical test work is underway to examine the amenability and potential metallurgical recoveries of Ag, Au, Cu, W, Mo, Sn, Zn and Pb.  Test work results will be presented in the next NI 43-101 Technical Report.

The current NI43-101 resource estimate for La Joya is 101.9 million ounces of silver equivalent as set out in the table above. Based on the current geologic model, drilling and sampling from the Phase I & II programs it is reasonable that the recently discovered mineralized systems could potentially result in a 50 to 100% increase in current inferred mineral resources. This potential increase in resources is conceptual in nature and insufficient exploration has been completed to define the additional mineral resource. It is uncertain that further exploration will result in the recently discovered mineralized systems being delineated as a new mineral resource.

SilverCrest Mines Inc. (TSX-V: SVL; NYSE MKT: SVLC) is a Mexican precious metals producer with headquarters based in Vancouver, BC. SilverCrest’s flagship property is the 100%-owned Santa Elena Mine, which is located 150 km northeast of Hermosillo, near Banamichi in the State of Sonora, México. The mine is a high-grade, epithermal gold and silver producer, with an estimated life of mine cash cost of US$8 per ounce of silver equivalent (55:1 Ag:Au). SilverCrest anticipates that the 2,500 tonnes per day facility should recover approximately 4,805,000 ounces of silver and 179,000 ounces of gold over the 6.5 year life of the open pit phase of the Santa Elena Mine. A three year expansion plan is underway to double metals production at the Santa Elena Mine and exploration programs are rapidly advancing the definition of a large polymetallic deposit at the La Joya property in Durango State.