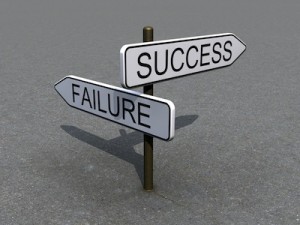 “A Brief Look Back Into Tomorrow”

Following a mostly positive week that saw the major North American markets rally for the first four days on encouraging developments in Europe and ongoing domestic 3rd quarter reports, only to go into full retreat on the fifth as investors aggressively moved to the safety of the sidelines on the 25th anniversary of the 1987 Crash, causing a surge in the U.S. dollar and corresponding drop in commodity prices, the weekend media reported that –

As the can lightening strike twice brokers and traders nervously left their stations last Friday, October 19th, those in the business long enough to remember were telling their younger counterparts their favourite stories from the market crash of Monday, October 19th, 1987, where the Dow Industrials fell by some 22.6%, or the equivalent of about 3,000 current points in a single day, and quietly breathing a sigh of relief that the Dow, while certainly down, had managed to hold its daily loss last Friday to 205-points, and that for the 42nd week of 2012, the Dow Jones Industrial Average still held a marginal gain of 0.11%, with the S&P 500 Index up on the week by 1.02%, while the tech weighted NASDAQ Exchange posted a weekly loss of 1.26%. On the calmer side of the border, the TSX Composite index returned a weekly gain of 1.75% while the junior TSX Venture Exchange matched that with a weekly gain of 1.76%.

Miller Tabak & Co. – “Friday’s sell off was definitely earnings-driven, but there is also an element of profit taking after several strong days.”

BlackBay Group – “Going into earnings season, traders were more forgiving of a weaker period, but the forward guidance is killing us now.”

Solaris Group LLC – “Today, when there’s volatility, It scares people to death. What it has taught us is that there’s no such thing as a free lunch. You can theoretically protect yourself on the downside, but when things come unhinged, nothing’s going to protect you.”

Integrated Brokerage Services LLC – “People who rushed into gold for QE expecting to get a significant lift are getting out of the gold market. The longer we don’t make a new high, the more people start getting nervous about where gold is trading.”

And just 2-days after denying BCE Inc. (BCE-T) the right to take over Astral-Media (ACM.A-T) and the Canadian Federal Government slams the door shut on the Malaysian government backed takeover bid for Calgary’s Progress Energy (PRQ-T)….just 3-minutes before the deal’s Friday at midnight deadline.

Walt Disney – “Laughter is timeless. Imagination has no age. And dreams are forever.”

And then on Monday, October 22nd –

The new trading week begins with investors watching to see if lighting will strike twice as today is the 25th anniversary of Black Monday market crash of 1987.

Technical analysts Ron Meisels & Olaf Sztaba – “Gold and gold stocks turned in an impressive recovery, which put them back on the bullish map at the forefront of the current bull market. Now, the sector needs to consolidate its gains and prepare the ground for the next advance…Investors should use this time to accumulate the strongest names.”

The European Union’s Statistical office reports their 17-nations’ combined debt burden rose by 1.9% in 2011 to a record high of 87.3% of gross domestic product (GDP).

Cascade (CASC-Q) shares rise by $9.89 or 17.98% to US$64.97 on word that Japan‟s Toyota Industries will acquires the North American auto parts company in an all-cash deal worth some $759-million.

Overseas Shipholding (OSG-N) shares plunge by $2.02 or 62.15% to US$1.23 when the world’s number 2 independent oil tanker company reports it may soon have to file for bankruptcy protection an worse yet, have to restate the last 3-years of financials.

Supervalu (SVU-N) shares surge up by $0.98 or 44.75% to US$3.17 on word that private equity firm Cerberus Capital Management had arranged a US$4-5 billion money line in order to bid for the troubled supermarket chain.

The share price of Progress Energy (PRQ-T) fall by $2.01 or 9.28% to $19.64 on the first day of trading following last Friday’s Federal government’s surprise “it’s not fair to Canada’‟ scuttling of the western Canadian gas producer’s sale to Malaysian government controlled petroleum giant PETRONAS.

Canaccord’s Junior Mining Weekly – “The Canaccord Genuity Metals and Mining group has recently reviewed it commodity price and currency forecasts….Our long-term commodity price forecasts are unchanged, other than those of the PGMs, for which we have substantially increased our forecast profiles in line with likely higher production costs. Our other near and medium term price forecasts are largely unchanged. The main exceptions are lower iron ore and coking coal forecasts for late 2012, and lower uranium and coking coal price forecasts for 2013…We note that Chinese consumption already accounts for more than 40% of global consumption of most of the industrial commodities we follow.”

Statistics Canada reports the nation’s retail sales rose in August by a less than expected 0.3%.

Market “we can do no wrong‟ darling Apple Inc. (AAPL-Q) once again receives front page exposure when the tech giant announces the launch of its highly anticipated iPad Mini.

The shares of Coach Inc. (COH-N) gain $3.98 or 7.35% to US$58.15 when the upscale handbag manufacturer reports better than expected 3rd quarter financials.

Slater Mining (SLM-V) shares rise by $0.10 or 52.78% to $0.28 when the mineral developer issues an updated technical report for its West Khazret Gold Project in Northern Kazakhstan.

China reports that its closely watched Purchasing Managers Index (PMI) rose by 1.2-points in October to a 3-month high of 49.1.

North American markets fall in unison when Spain’s central bank reports that its economy contracted by another 0.4% in the 3rd quarter and repeats a previous warning that a tax-revenue shortfall could cause the government to miss its 2012 budget-deficit target.

Zig Ziglar – “It is a natural tendency of us all to look for things that will justify what we think we need or want. If you are not living by the foundation stones of honesty, character, integrity, faith love and loyalty, you will be drawn to seeking selfish gratifications, and that leads to misery and unfulfilled dreams. Whatever you have will never be enough. Always look for the good and for ways to help others.”

Wednesday, October 24th – The 160th anniversary of the start of the Toronto Stock Exchange.

Notley’s Notes – “Most equity sectors are now on the right-side of the intermediate trendsine wave indicating the presence of emerging downtrends and highlighting the market’s exposure to sharp decline owing to the strong commonality.”

Economist David Rosenberg – “Six weeks after the unveiling of QE3, the market is down 2%. The S&P 500,instead of grinding higher in the aftermath of QE3, actually hit its peak for the year the day after the policy announcement.”

New York Mellon Wealth Management – “The recession in Europe is very real. It‟s not going to disappear very quickly, and it will certainly negatively affect earnings of exporters in the United States.”

The U.S. Department of Commerce reports their new home sales rose by a better than expected 5.7% in September to an annualized 389,000 units.

Alacer Gold (ASR-T) shares fall by $0.66 or 11.09% to $5.29 when the intermediate miner reports less than expected gold production from its operations in Turkey and Australia.

The shares of Face book (FB-Q) finally get some traction and rise by $3.71 or 10.03% to US$23.21 when the interactive website reports improving revenues for its latest quarter.

Conversely, Netflix (NFLZ-Q) shares‟ dip by $8.12 or11.90% to US$60.10 when the internet movie site fails to impress the street with its 3rd quarter subscriber growth.

Canaccord’s Junior Mining Weekly – “While it has been a tough market for the junior mining space in general this year, the explorers have been particularly hard hit. The have been few exploration companies that have been able to attract and retain attention in the market. The common complaint is of companies releasing what they consider to be positive drill results only to be met with increased selling pressure on the back of these liquidity events. Unfortunately, despite relatively high commodity prices, risk tolerance in the current macroeconomic environment remains incredibly low. In this environment, speculative interest in junior explorers is likely to remain selective.”

The U.S. Commerce Department reports their durable goods orders, (big things like airplanes meant to last more than 3-years), rose in September by a better than expected 9.9%.

The Conference Board of Canada estimates that over 1/3rd of the economic benefits of Alberta’s oilsands for the next 20-plus years will occur outside of the wild rose province, mostly to the provinces of British Columbia and Ontario.

Under the heading of „Going For The Gold‟ – The share price of Agnico-Eagle Mines (AEM-T) and Goldcorp Inc. (G-T) rise by 8.93% and 6.89% respectively when the senior Canadian gold producers impress the street with their 3rd quarter financials.

The shareholders of Hana Mining (HMG-V) are pleased to see their investment surge up by $0.34 or 73.63% to $0.79 when the junior mineral developer agrees to be taken private by Cupric Canyon capital LP.

Darren Hardy – “Humor is a powerful motivator. The more humor and laughter in your life, the less stress you‟ll have, which means more positive energy to help you put your attitude into action. There are also health benefits to lightening up.”

CMC Markets Canada – “A lot of the numbers that came out of Canada were reasonably in-line and positive and that‟s certainly helping things. So far, so good for Canada.”

The U.S. Commerce Department reports their gross domestic product or GDP grew in the 3rd quarter by a better than expected 2.0%.

The Economist reports that 46% of the world‟s 7-billion people have at least one mobile device.

With a verdict that just seems bizarre, an Italian court has found seven scientists guilty of….now wait for it……not predicting a 2009 earthquake that killed more than 300 people.

Under the heading of „Here Comes Santa Claus‟ – FedEx Corp. (FDX-N) reports it expects its volume of Christmas deliveries to rise by 13% this year to more than 280-million shipments.

New York City has ruled that „lap dances‟ are not culturally enriching and therefore don’t qualify for the sales tax exemption under the city’s performing arts act.

Canaccord’s Debbie Lewis -”If you love somebody let them go…If they come back, no one wanted them.”

With the current National Hockey League (NHL) lockout about to enter its second month with games now cancelled to at least the end of November, it is of great interest to see that according to ESPN, 78% of NFL players are either bankrupt or in deep financial stress within just 5-years of retirement, and that 60% of former NBA players are currently broke. (Something tells us these NHL players better get as much as they can, while they can…)

To view previous editions of “The Week”, “Articles of Interest” or to learn more about us please visit our website at www.rodneyblake.com.

Our mission is to maximize the value of your portfolio through a dedication to investigation, research and innovative ideas, and to enhance your investment experience by providing the highest level of attention to detail and service available in the financial community.

Disclaimer: This publication is a general market commentary and for informational purposes only, it does not constitute a research report and does not contain investment advice. This commentary has been prepared using sources believed to be accurate and true. This material is not complete information respecting any security and therefore is not a sufficient basis on which to base an investment decision.