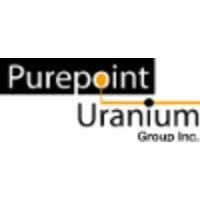 Purepoint Uranium Group Inc. (TSX-V: PTU) (OTCQB: PTUUF) provided the final assay results from its 2021 drill programs at the 100%-owned Red Willow and Umfreville projects, both located within the eastern uranium mine district of the Athabasca Basin, Saskatchewan, Canada. The 2021 Red Willow drill program conducted follow-up testing of the Osprey Zone and Geneva Shear while the 2021 Umfreville drill program tested a strong gravity low response coincident with a uranium-in-soil anomaly.

“The most surprising results came from Purepoint’s inaugural drilling of a gravity low response at Umfreville where 0.04% U3O8 was returned over 0.8 metres from granitic gneiss and pelitic gneiss basement rocks,” said Frostad. “The precipitation of secondary uranium in the basement rocks appears to explain the source of the uranium-in-soil anomalies and suggests a significant mineralization event in the vicinity. Our next obvious drill targets at Umfreville are towards the east where strong north-south trending structures, interpreted from the airborne magnetics, crosscut our gravity low response.”

The initial hole by Purepoint at the Umfreville project, UMF21-01, tested an east-west trending gravity low response that is coincident with both a magnetic low response and a uranium-in-soil anomaly. The unconformity was intersected 223 metres downhole and the basement rocks consisted of granitic gneiss and pelitic gneiss. Elevated radioactivity was intersected near the base of the paleoweathering returning 36 ppm U over 17.4 metres between 239.1 and 256.5 metres. A second radioactive intercept, starting at 273 metres downhole, returned 107 ppm U over 3.1 metres and included 304 ppm U over 0.8 metres.

Based on the results, a follow-up hole has been proposed east of UMF21-01 where interpreted north-south trending structures appear to be cross-cutting our strong elongate gravity/magnetic low response.

The third hole, GEN21-05, intersected the Geneva shear further northeast and just below the basement paleoweathering zone starting at a depth of 157 metres. The graphitic/pyritic shear zone was within Pelitic Gneiss that displayed strong hydrothermal alteration, including hematite and local silicification. The zone returned 98 ppm U over 5.5 metres and an additional 527 ppm U over 0.4 metres.

The radioactive Geneva Shear is now determined as having a strike of 155 degrees and a dip towards the northwest at -70 degrees. The projection of the shear towards the northeast now suggests that previous vertical drillholes completed by Eldorado in 1984, searching for Unconformity-style mineralization, would not have drilled deep enough to test this basement-hosted structure.

Based on the 2021 drill results, follow-up drilling of the Geneva shear is now recommended along strike towards the northeast at a depth just below the paleoweathering.

Three drill holes, drilled from the same drill pad and each averaging 200 metres in length, targeted the Hinge fault north of previous drilling. Two initial drill holes were completed on the same section, OSP21-01 and 02, and both successfully intersected the fault at 70 and 140 metres below surface, respectively. The structure was determined to have a strike of 5 degrees NE and was still associated with strong alteration; however, the radioactivity was weaker (10 ppm U over 15.3 m) than previous drilling.

Hole OSP21-03 targeted the projection of the Hinge Fault where it meets the east-west trending electromagnetic (EM) conductor that hosts the known Osprey uranium mineralization. The fault was intersected from 60 to 75 metres downhole with the host rock comprised of weakly chlorite and hematite altered pyritic graphitic pelitic gneiss. The fault at this location included intervals of strong silicification and again returned weak radioactivity (23 ppm U over 1.7m).

The next exploration priority within the Osprey Zone is considered to be the Osprey Conductor North. The EM conductor continues for an additional 2 kilometres north of previous Purepoint drilling and has only been tested by two historic (1993) drill holes.

Purepoint Uranium Group Inc. actively operates an exploration pipeline of 12 advanced projects in Canada’s Athabasca Basin, the world’s richest uranium region. Purepoint’s flagship project is the Hook Lake Project, a joint venture with two of the largest uranium suppliers in the world, Cameco Corporation and Orano Canada Inc. The Hook Lake JV Project is on trend with recent high-grade uranium discoveries including Fission Uranium’s Triple R Deposit and NexGen’s Arrow Deposit and encompasses its own Spitfire discovery (53.3% U3O8 over 1.3m including 10m interval of 10.3% U3O8). Together with its flagship project, the Company’s projects stretch across approximately 185,000 hectares of claims throughout the Athabasca Basin. These claims host over 20 distinct and well-defined drill target areas with advanced geophysical surveys completed, and in some cases, have had first pass drilling performed.