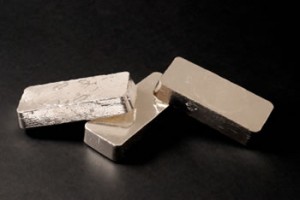 Primero Mining Corp. (TSX:P) (NYSE:PPP) announced today that it has successfully produced the annual threshold of 3.5 million ounces of silver and will begin selling 50% of the silver produced at San Dimas at spot prices for its own account until August 5, 2013. The Company estimates that it will sell between 900,000 and 1,000,000 ounces of silver at spot realized prices by August 5, 2013.

The Company assumed the silver purchase agreement when it acquired the San Dimas mine in 2010 and the agreement was renegotiated in order for Primero to participate in the silver produced above the annual threshold amount. “We expect the increased silver revenue derived from our increasing production to improve our profitability and leverage to precious metals. This, combined with the positive tax ruling that was obtained in October, 2012, which confirmed that Primero should pay taxes based on realized prices of silver sales, has significantly increased expected free cash flow,” stated Joseph Conway, President and C.E.O.

Primero Mining Corp. is a Canadian-based precious metals producer and owns 100% of the San Dimas gold-silver mine in Mexico. Primero is focused on delivering superior, sustainable value for all stakeholders with low-risk exposure to gold. The Company intends to become an intermediate gold producer by building a portfolio of high quality, low cost precious metals assets in the Americas. Primero’s website is www.primeromining.com.