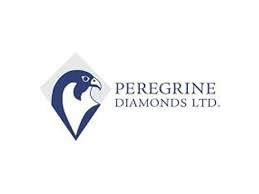 Tom Peregoodoff, President and CEO commented “This transaction is a significant milestone in the strategic development of the Company. With this single transaction, we have become a significant diamond exploration player in Botswana. The principals of DES Botswana have over 60 years of combined diamond exploration experience in the country, most of that time with the De Beers Group. Using their extensive experience, they have compiled a county-wide data set that is unparalled in its scope and depth. They have assembled what we believe is the most prospective land package for new diamond discoveries in Botswana. This is one of the most compelling diamond exploration opportunities that I have seen in many years. Exploration work is ongoing and we expect to be drilling kimberlite targets in 2015.”

Eric Friedland, Executive Chairman said, “This transaction immediately gives Peregrine access to some of the world’s most prospective diamond hunting ground. Botswana is the largest producer of diamonds in the world by value. It is true Tier 1 diamond mine country as shown by such world class diamond mines as Orapa and Jwaneng. We believe there is tremendous diamond discovery potential in Botswana and the unique combination of the DES team with the Peregrine team gives us a real competitive advantage.”

The purchase agreement between Peregrine and DES UK transfers ownership of DES Botswana and all of its assets to Peregrine in consideration for the grant by Peregrine of a 1% gross overriding royalty to DES UK on all precious stone mineral interests held at the time of closing and those which may be acquired in specific target areas. In addition, Peregrine will assume a $450,000 loan that is currently owed by DES Botswana to DES UK and which was originally advanced by Peregrine. The agreement allows for Peregrine to buy out the Royalty at various milestones as follows:

In the event that Peregrine chooses to not pursue exploration on any of the Prospecting Licences, title for those licences shall revert to DES UK and Peregrine shall be granted a 1% gross overriding royalty on those properties with the same buy-out provisions as above.

As part of the transaction, DES UK will enter into a services agreement with Peregrine under which DES UK will provide Botswana-based operational management of all Peregrine defined work programs. The transaction is expected to close April 15, 2015.

Mr. Andre Fourie is a professional geologist who has been involved with African mineral exploration for over 23 years, including twelve years with the De Beers Group. He was the Mineral Resource Manager for several of De Beers’ South African mines, including marine, alluvial and kimberlite operations. During his career with De Beers, Mr. Fourie has held senior positions in a variety of roles including Mineral Resource Management, Exploration Management and Business Development.

Mr. Mike Shaw is a professional geologist with over 19 years of diamond exploration and development experience, including twelve years with the De Beers Group. Mr. Shaw’s career with De Beers started with De Beers Marine where he held a number of senior roles in both resource management and exploration. He joined De Beers Prospecting Botswana in 2006 in the role of Exploration Manager, following which he was Technical Review Manager, De Beers Group Exploration.

In November, 2014, Dr. Grutter and Mr. Peregoodoff travelled to Botswana to complete comprehensive due diligence. As part of this work, the extensive data sets, including mineral chemistry data, were reviewed in detail using Dr. Grutter’s mineral chemistry experience and industry-renowned skills in assessing craton-scale, multi-disciplinary diamond exploration data sets. This review confirmed the excellent prospectivity of the eight Prospecting Licences.

The eight Prospecting Licences, covering 5,746 km2, include 4,825 km2 of licences situated in two areas along the ‘Cretaceous kimberlite corridor’, where modern diamond exploration techniques could result in kimberlite discoveries that were overlooked by previous techniques. In addition, three other areas have unresolved geophysical and kimberlitic indicator mineral anomalies with very good mineral chemistry. Many of the targets require only limited ground geophysical surveys in order to be ‘drill ready’.

The DES Botswana team has used its collective knowledge of the geology and exploration technologies to develop effective exploration programs for each target area. The team has a wide network of specialists in the diamond exploration business and will rapidly deploy a competent and experienced field crew to complete the prospecting work and initiate drilling on kimberlite targets identified.

Botswana produces approximately 21% of total world diamond production and is the largest diamond producing country by value. The country hosts two of the world’s largest diamond mines; Jwaneng and Orapa, both operated by Debswana (50% De Beers, 50% the Government of Botswana). The Fraser Institute has ranked Botswana the best country in Africa for mining investment based on its long standing and well-established mining code and having the highest sovereign credit rating in Africa.

Peregrine Diamonds is a diamond exploration and development company focused on Canada’s North. The Company has discovered two new diamond districts in Nunavut, Nanuq in 2007 and Chidliak in 2008. At its 100 percent-owned, 582,476 hectare Chidliak project, located 120 kilometres from Iqaluit, the capital of Nunavut, 71 kimberlites have been discovered to date with eight being potentially economic. An Inferred Mineral Resource of 8.57 million carats in 3.32 million tonnes of kimberlite at a grade of 2.58 carats per tonne has been defined for a portion of the CH-6 kimberlite. In April 2013, a bulk sample weighing 404.2 dry tonnes was collected from CH-6. This sample returned a grade of 2.58 carats per tonne for diamonds larger than the 1.18 mm sieve size. An independent diamond valuation of the resulting 1,013 carat parcel of diamonds returned an average market price of US$213 per carat and modelled prices that ranged from a minimum of US$162 per carat to a high of US$236 per carat, with a base model price of US$188 per carat. As part of the ongoing resource development program, core and small diameter RC drilling was completed at the CH-6, CH-7 and CH-44 kimberlites in 2014. The 2015 bulk sampling program focused on priority kimberlites has commenced. The objective of the 2015 program is to delineate a resource base that would be the subject of a Preliminary Economic Assessment in 2016.

Through its 100% owned subsidiary, Peregrine Exploration Ltd., it operates the 8,493 hectare Lac de Gras project in the Northwest Territories, located approximately 23 kilometres from the Diavik Diamond Mine. The project hosts the nine hectare 72.1%-owned DO-27 kimberlite with an Indicated Mineral Resource of 18.2 million carats of diamonds in 19.5 million tonnes of kimberlite at a grade of 0.94 carats per tonne and it is open at depth. Peregrine Exploration also continues to evaluate the Nanuq and Nanuq North properties in Nunavut.

Through comprehensive evaluation of its extensive and proprietary diamond exploration databases, the Company is working towards acquiring and developing new diamond properties in Canada. A key asset being utilized in the search for a new Canadian diamond district is a proprietary database acquired from BHP Billiton that contains data from approximately 38,000 kimberlite indicator mineral samples covering approximately three million square kilometres of Canada.