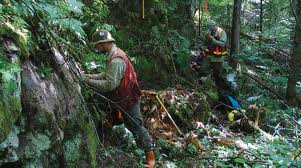 Osisko Gold Royalties (TSX:OR) is pleased to announce that it has completed its non-brokered private placement of 14,000,000 flow-through common shares of NioGold Mining Corporation (TSX-V:NOX) (OTCQX:NOXGF) at a price of $0.35 per share. Upon closing the transaction, Osisko owns 23,598,500 common shares of NioGold, or approximately 19.5% of NioGold’s issued and outstanding common shares. The Flow-Through Shares have been acquired by Osisko pursuant to applicable exemptions from the prospectus requirements and are subject to a four-month hold period.

In addition, Osisko has completed the purchase of the rights held by NioGold to repurchase half of the existing net smelter return royalties on the Marban block and Malartic Hygrade-NSM block for an aggregate purchase price $150,000.

Sean Roosen and John Burzynski have also been appointed to the board of directors of NioGold.

NioGold is a mineral exploration company focused on gold. Its flagship projects are located in the Cadillac – Malartic – Val-d’Or region of the prolific Abitibi gold mining district, Quebec. The Cadillac, Malartic and Val-d’Or mining camps have produced over 45 million ounces of gold since the 1930s and presently encompasses six producing gold mines including the Canadian Malartic Mine. NioGold’s land holdings within the Abitibi presently cover 130km2 and encompass four former gold producers, namely the Norlartic, Kierens (First Canadian), Marban and Malartic Hygrade mines that collectively produced 640,000 ounces of gold.