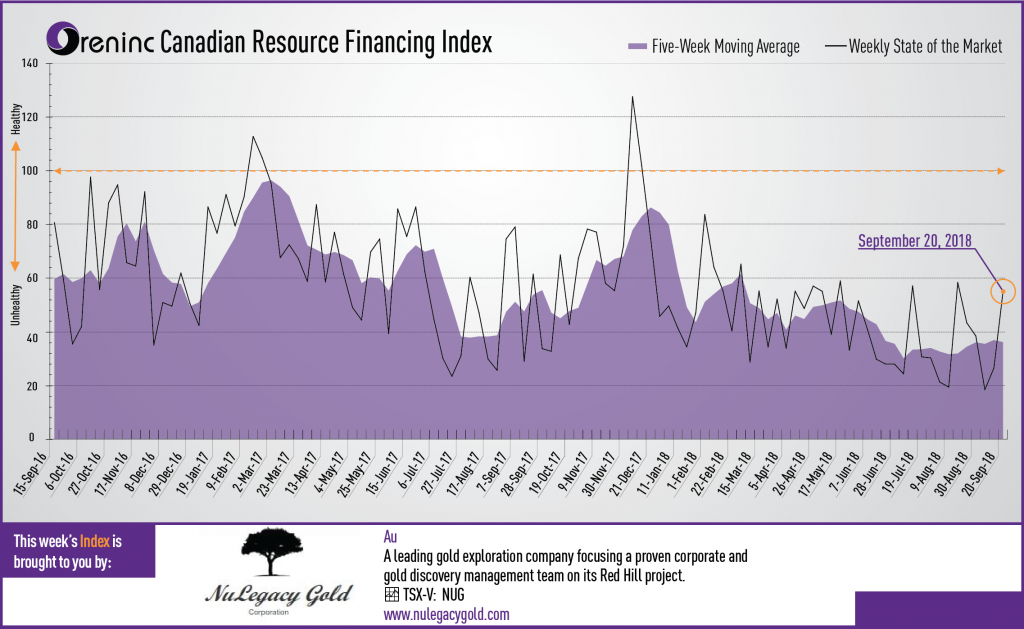 NuLegacy Gold (TSXV:NUG) said director Ed Cope will join its management to oversee exploration and be responsible for property evaluation and acquisition.

As the junior end of the precious metals world was in Beaver Creek for the Precious Metals Summit, the US announced a 10% tariff on over 5,000 products from China representing some US$200 billion, with those set to rise to 25% in January 2019. The White House also indicated that more would follow if China retaliated. Instead of retaliation, China said it would reduce tariffs on a number of goods from other non-US countries.

In Europe, the UK experienced increasing pushback form the European Union at a meeting in Salzberg, Austria concerning its proposals about how it will leave the international block in March 2019. If the deadlock in negotiations persists, the UK faces the prospect of leaving the UK with no new arrangements in place threatening to send the country into a prolonged recession.

At Beaver Creek, Joseph Foster of the VanEck said that gold needs a catalyst to break out, but events such as the war in Syria, the financial events in Turkey or the US trade war with China are too isolated to fill that role because they do not pose a major systemic threat to the financial system. He suggested that catalysts could come in the shape of the US mid-term elections in November if the Democrats win either house, or increasing interest rate rises by the US Federal Reserve that will eventually push the US into a recession.

TMAC Resources (TSX:TMR) opened a C$90 million raise via a C$66.5 million private placement that its largest shareholders have committed to and C$23.5 million via a concurrent marketed overnight public offering and flow-through common shares.

NuLegacy Gold (TSXV:NUG) said director Ed Cope will join its management to oversee exploration and be responsible for property evaluation and acquisition.