A number of smaller and mid-sized deals were announced for the week, the largest being the finalization of Coeur d’Alene Mines Corp’s (NYSE:CDE) purchase of Paramount Gold and Silver Corp. (TSX:PZG) for $146m. Commodities for the week were mixed, with gold dropping marginally and iron ore having a strong week.


It’s difficult to remain optimistic when the Index’s levels fall as they did, however considering the increase in money raised and the number of deals, we anticipate some marginal activity as companies gear up for summer exploration. 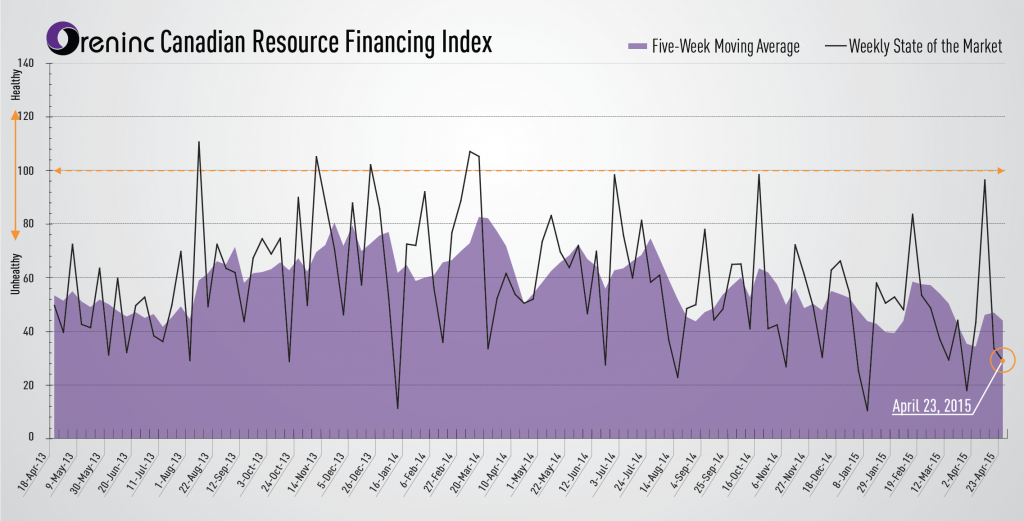