Disclaimer: Due to a calculation error resulting from the changeover in year, the Oreninc Index updates from 16/1-6/2/14 included incorrect information regarding the level of the actual Index and related analyses. Affected Index updates have been removed from our website. We apologize for any inconvenience this may have caused (research@oreninc.com, 360-262-6969).

The Oreninc Index fell for the week ending February 13, 2014. Total dollars announced fell to $27m on 19 deals, a five-week low. Brokered and bought dollars were both down, with one deal at $10.8m announced, also a five-week low. After three strong weeks beginning in mid-January, the Oreninc Index fell last week to modest levels and continued to fall even further this week. While this drop in performance is disappointing after a string of encouraging weeks, there is still room for optimism as we approach the PDAC. 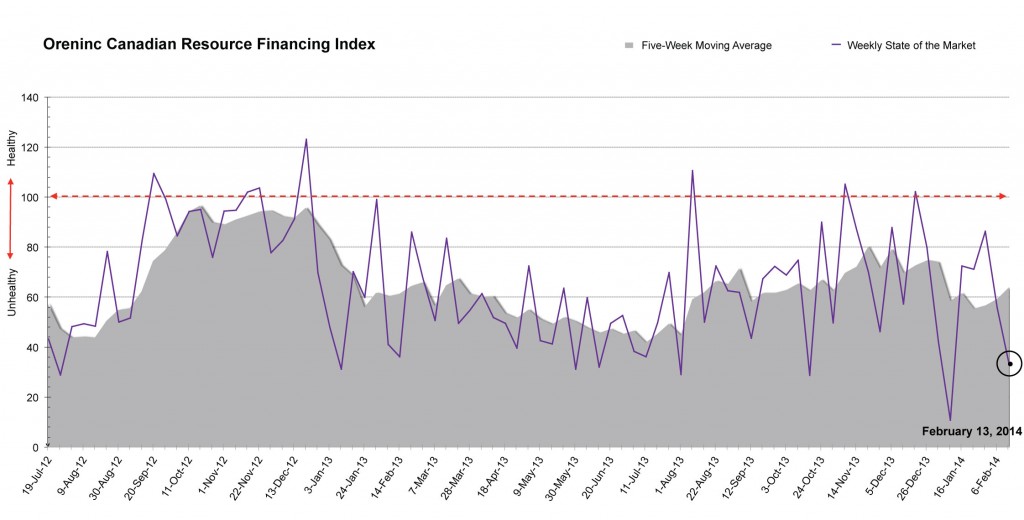