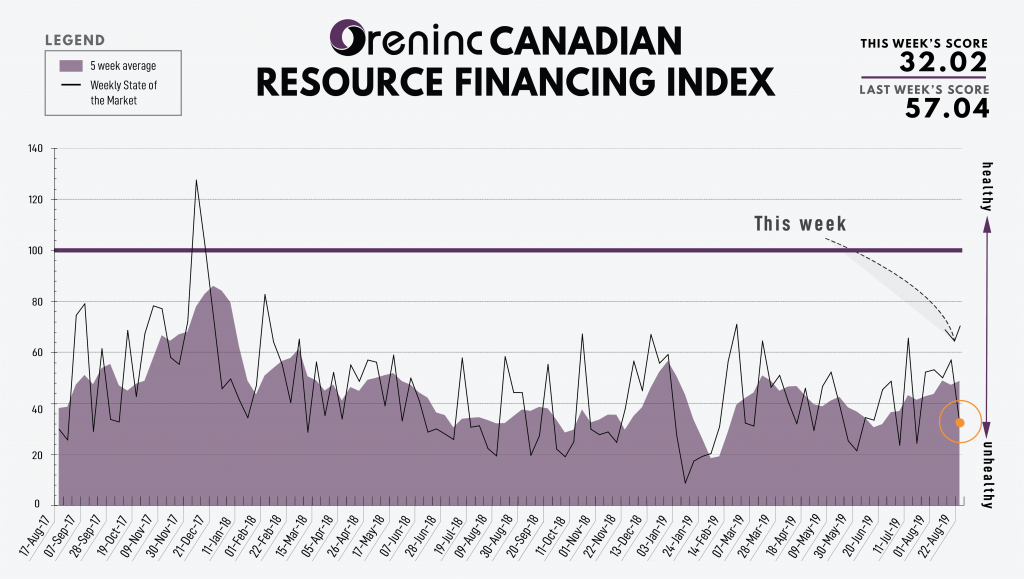 The Oreninc Index more fell in the week ending August 23rd, 2019 to 32.02 from an updated 57.04 as the number of deals fell, although the average offer size increased. This followed an updated index score of 50.69 the week ending 2 August when Oreninc was offline for technical reasons during which time gold broke through US$1,500/oz!

Gold investors’ were focused on the Central Bank symposium in Jackson Hole, Wyoming and any indications US Federal Reserve chairman Jerome Powell might give on its future rate setting policy. Gold sold off early in the week presaging dovish comments but the yellow metal rebounded after Powell said the US central bank will act as appropriate to sustain the US economic expansion and that the outlook for the economy continues to be favourable. In effect, Powell gave little indication one way or the other about future interest rate action.

China gave gold a boost as news came out that the Asian nation plans to impose US$75 billion in retaliatory tariffs on US goods including soybeans, cars and oil. Some tariffs will be implemented on September 1st with the remainder on December 15th.