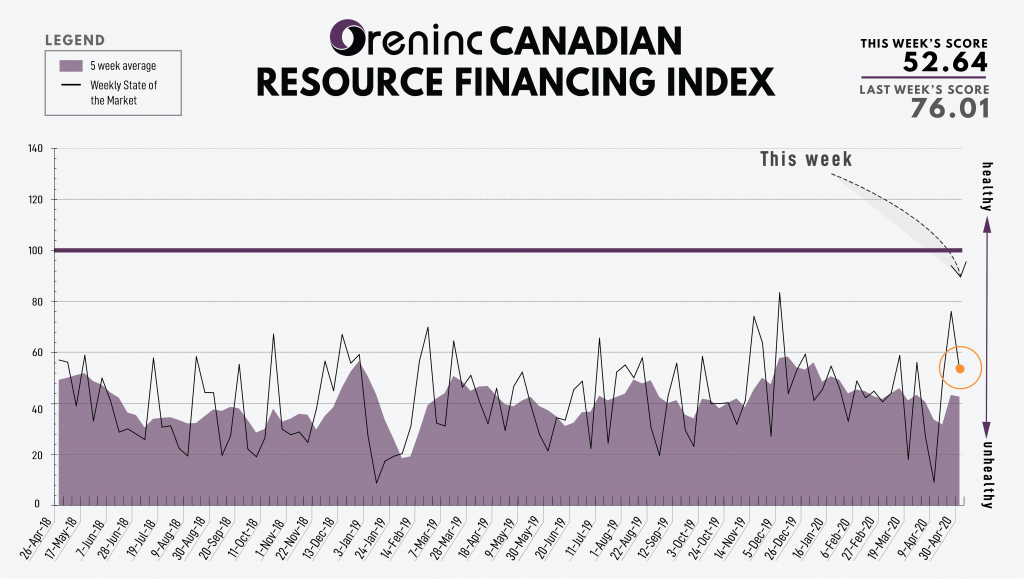 The COVID-19 virus global death toll increased to over 239,000 and closing in on 3.5 million cases reported, including more than 1 million in the USA.

The USA-China trade war may be heating up as US President Donald Trump blames China for the creation of the COVID-19 virus in one of its laboratories. The US also irked China by sending the USS Barry guided-missile destroyer on a freedom of navigation operation in the South China Sea in waters claimed by China.

Meanwhile, the economic situation facing Americans and their businesses continue to worsen. US GDP fell 4.8% in the first quarter, worse than many observers were expecting and following a similar-sized drop in China. Another 3.84 million people filed first-time jobless claims this past week according to the US Labour Department, the sixth straight week new claims topped 3 million. Some 30.3 million people have filed claims in the past six weeks.