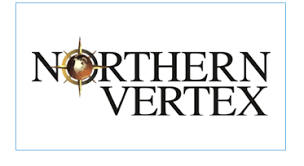 Northern Vertex Mining Corp. (TSX-V:NEE) (OTC-Nasdaq Intl.: NHVCF) is pleased to announce the closing of its non-brokered private placement as previously announced on March 13, 2018, raising gross proceeds to the Company of $2,404,000.

The Company also announces that it has issued a total of 200,000 common shares to La Cuesta International Inc. pursuant to the advisory agreement as announced on October 16, 2017.  The common shares are subject to a hold period under applicable Canadian securities laws expiring on August 6, 2018.

Northern Vertex Mining Corp. is an exploration and mining company focused on the reactivation of its 100% owned Moss Mine Gold/Silver Project located in NW Arizona, USA. The Company’s management comprises an experienced management team with a strong background in all aspects of acquisition, exploration, development, operations and financing of mining projects worldwide. The Company is focused on working effectively and respectfully with our stakeholders in the vicinity of the historical Moss Mine and enhancing the capacity of the local communities in the area.