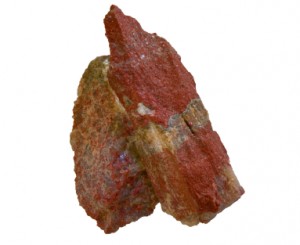 North American Potash Developments Inc. (TSX VENTURE:NPD)(OTCQX:RNGTF)(FRANKFURT:3OZ) announces that further to its March 28, 2011 news release announcing the optioning of the Company’s Holbrook Basin potash property in Arizona (the “Property”), the Company and the other joint Optionors have entered into an amendment agreement (the “Amendment”) with the Optionee, Passport Potash Inc. (TSX VENTURE:PPI), wherein the Optionee will be transferred a 100% interest in the Property, free and clear of encumbrances, by paying US$4,500,000, issuing 3,150,000 common shares and incurring US$1,250,000 on the Property over a three year period. The Company is to receive 70% of the payment and shares to coincide with its interest in the Property. To date the Company has received US$455,000 and 1,680,000 PPI shares from the Optionee. Pursuant to the Amendment, the Company will receive a further US$2,695,000 and 525,000 PPI shares in exchange for transferring its interest in the Property to the Optionee.

As announced in a news release dated May 25, 2012, the Company and the other Optionors have been involved in litigation with the Optionee related to the original option agreement. Concurrent with the amendment described above, the Company, the other joint Optionors and the Optionee have entered into a settlement and release relating to the litigation. The Company is pleased to move forward with its business and believes that settling the lawsuit and amending the agreement to focus on its Lisbon Valley project is in the best interests of the Company.

Mr. Simon Tam, President, Director is quoted “The Company is pleased to have reached an agreement with Passport Potash Inc. This settlement allows both companies to move forward with its business objectives and further demonstrates management’s commitment to the benefit of our stakeholders in North American Potash Developments Inc. This agreement will now enable our team to strengthen our resources and focus our efforts towards the advancement and development of the Lisbon Valley project in the state of Utah.”