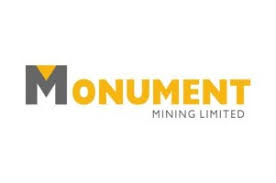 Monument Mining Limited (TSX-V: MMY) (FSE: D7Q1) is pleased to announce the drill results from the Phase 1 drilling program undertaken in July and August 2021 at the company’s Murchison Gold Project in the Meekatharra region of Western Australia.

Significant drill intercepts are show in Table 1 below:

Key results of the drilling program are as following:

Monument CEO and President Cathy Zhai commented: “The results from the Phase 1 drilling program are highly-encouraging, which confirms the exploration team’s target selection strategy that implemented to identify new zones of mineralization at underexplored areas within the Burnakura Gold Project. The discovery of high-grade gold mineralization at the Junction Target is particularly exciting given it is located in an area with no known prior exploration and there is significant room to extend this mineralization with further drill programs.”

The Phase 1 drilling program was designed to test new high-quality structural targets beneath cover within the Burnakura Project that may lead to the identification of shallow stand-alone or satellite gold deposits to supplement the Project’s current resource base (Figure 1). These targets include Authaal East, Banderol South, Junction and Munro Bore Extension.

In contrast to this, the Phase 2 program, which is now underway, is targeting down dip and down plunge extensions of known high-grade deposits along the North of Alliance (NOA) structure, some of which have been mined historically, potentially leading to an expansion of the current underground resources.

The Phase 1 drilling program was carried out between July 3rd and August 21st 2021 using a Schramm T450 rig managed by Strike Drilling.

A total of 349 AC holes were completed for 10,484m at the Authaal East, Banderol South and Junction targets as planned, although the eastern line of the Junction target was not drilled due to steep terrain. Furthermore, the depth to blade refusal was generally less than anticipated resulting in fewer metres drilled than originally planned.

Drill holes were angled at 60 degrees with varying azimuths and AC holes were generally spaced at 25m with lines spaced at between 400m to 950m.

A total of 12 RC holes for 1,301m were drilled at the Munro Bore Extension target in three lines covering a mineralized strike length of 160m within tenement M51/178. This mineralization is the strike extension of the unexploited historical Mineral Resource at Munro Bore (266,000t at 1.6 g/t Au, reported in “Technical Project Review and Independent Valuation Report (Short Form)” prepared by Giralia Resources NL and reviewed by Ravensgate Mining Industry Consultants in January 2011).

The main mineralized intervals occur within a shear zone over a width of 45m to 65m that is hosted within granodiorite, basalt and dacite/felsic volcanics. Gold mineralization appears to be associated with disseminated pyrite up to 3%, in variably altered and sheared rocks. The shear zone trends in a north-easterly direction, dipping approximately 70 degrees to the northwest and appears to be a continuation of the structure on the adjacent tenement M51/338, host to the Munro Bore deposit.

The shear zone is located at the eastern contact of a circular granitic intrusion that has a diameter of approximately 1.3km. Strain has been focused on the edge of the intrusion within a more ductile intercalated package of basalts and felsic volcanics.

Although the reported mineralized intersections are relatively low grade, they are contained within a wide mineralized shear zone with anomalous gold scattered throughout that is located at a favorable lithological contact. A geological model will be completed that will assist in further targeting the shear zone to the south-west along the granite contact. In addition, the mineralization will be assessed for possible shallow RC infill drilling, targeting resources close to surface.

A total of 192 holes for 5,847m of AC drilling were completed at the Junction target (Figure 3). A planned eastern most line was not drilled as the topography is steep and not suitable for a large drill rig.

Figure 3: Completed drilling at the Junction Prospect is available at

The drilling at the Junction target intercepted narrow intervals of meta-sediments including minor banded iron formation horizons, mafic and ultramafic horizons, within a weak to moderately strained granite. The total width of the greenstone package varies from 100m to 800m wide. Geological mapping was completed along a north south line approximately 800m to the east of hole 21BNRC213. Structural measurements indicate that the foliation is dipping to the north at an average of 71 degrees with an average strike of 255 degrees.

Three grab samples were collected from a quartz vein within a shear/fault structure that outcrops 800m northeast and along strike of hole 21BNAC213. The samples returned weakly anomalous results (best Au values of 0.10 and 0.11 g/t grades) and indicate that the mineralization in hole 21BNAC213 could be associated with a larger scale shear system.

The high-grade intersection in 21BNAC213 is particularly significant because it is located in an area that is under transported cover that has no known historical drilling or surface sampling, and the gold mineralization is associated with a significant shear zone. There is significant potential to delineate a large mineralized system close to surface with further successful exploration drilling as the intersection is open both down dip and along strike. To the east of 21BNAC213, there is a strike length of approximately 5km within Monument’s project area with no known sampling, apart from the three grab samples described in this release.

The FLC2 target is located approximately 400m to the south of the Banderol pit and appears to be associated with the southward continuation of the same structural contact that hosts the mineralization within the pit. The Banderol pit produced an estimated 28koz of gold at 2.9g/t Au pre-2005 (Updated Mineral Resource, Burnakura Project, Western Australia, Australia NI 43-101 Technical Report. SRK, July 2018).

Figure 4: Phase 1 RC Drilling at FLC2 Prospect is available at

Previous drilling consisted of fences of RAB holes, 80m apart and with a hole spacing of 40m drilled to a depth of 40m. Although low grade gold mineralization was intersected, with a best intersection of 10m at 3.4g/t Au and 3m at 5.0g/t Au, deeper percussion drilling targeting the down dip higher grade RAB results failed to intersect mineralization of economic grade or thickness. The base of complete oxidation averages 30m in depth whilst the top of fresh rock is located at a depth of approximately 45m.

The drilling results and geological logging from the Phase 1 drilling indicate that the mineralization is generally associated with mafic and ultramafic as well as ultramafic and granite lithological contacts. There is also some evidence of supergene enrichment. The localization of shearing along various lithological contacts combined with supergene enrichment has distributed mineralization across a strike of over 800 m and along a strike of approximately 700m.

To further target this mineralization and to focus on the most prospective areas, a more detailed geological interpretation based on all drilling and airborne magnetic images will need to be completed. In addition, some of the Phase 1 drill holes may need to be extended in future drill programs to further establish downdip mineralization continuity.

The FLC3 prospect is located 1.2km south of the Federal City Pit and includes several shallow historical high-grade gold intercepts that have been recorded over a very short strike length, including 10m at 10.9g/t (FCPH1526).

Eight lines of RAB drilling have been previously drilled around FCPH1526 in an attempt to delineate the high-grade mineralization; however, they intersected only very weakly anomalous gold, limiting the strike extent to 200m (Figure 5). Interpretation of the mineralization in drillholes indicates that the mineralization is trending in an approximate north-south direction.

As part of the Phase 1 drilling program, 4 RC holes (282m) were drilled to test the high-grade mineralization 40m to the north and south of FCPH1526 and investigate the down dip continuity. Surface mapping was also undertaken, however, outcrop is limited.

Figure 5: Phase 1 RC Drilling at FLC3 Prospect is available at

No anomalous results were received from any of the FLC3 Phase 1 drill holes and there appears to be limited potential to develop the FLC3 prospect further in the immediate drilling area. However, there is considerable strike length to the north and south of the FLC3 prospect that has not been drilled and these areas will be assessed as part of Monument’s ongoing target development strategy.

The Banderol South target is located approximately 2km to the south of the Banderol Pit where gold bearing ore was extracted from a north south orientated structure and treated at the Burnakura Plant site (Figure 6). No residual resource is reported from Banderol.

Figure 6: Phase 1 drilling at Banderol South Target is available at

A sequence dominated by felsic volcanics with minor granodiorite, mafics and ultramafics was intersected. Transported cover is generally very shallow and less than 1m thick. Although the intersection in 21BNAC031 can be associated with a known north westerly mineralization trend within granite, the intersection in 21BNAC129 is associated with quartz veining of an unknown orientation and will need to be further investigated. The newly acquired geological information will be incorporated into the current interpretation to assist in future exploration targeting.

Follow up work from the Phase 1 drill program will be initially focused on the exciting Junction target and may include the following:

All drilling completed by Monument utilized the following procedures and methodologies, and was carried out by Strike Drilling Pty Ltd under the supervision of Monument personnel.

RC drilling used a 5.0-inch face sampling pneumatic hammer with samples collected into 60 litre plastic bags. Samples were collected as 1m splits from the cyclone or as 4m composites from the 60 litre plastic bags. Samples were kept dry by maintaining enough air pressure to exclude groundwater inflow; however a very small number of RC samples from this drill program were moist or wet.

AC drilling used a 4.0-inch blade and cuttings were collected in one metre intervals and split between a calico bag and a portion was placed onto the ground for spear sampling 4m composites. The 1m calico samples have been stored at the drill site until assay results are received and validated. Composites returning greater than 0.1g/t Au were subsampled using the 1m calico bags.

Coarse reject samples for all mineralized samples corresponding to significant Au intervals will be retained and stored on-site at the Company controlled core yard.

All drill samples were shipped to ALS Geochemistry laboratory in Townsville, QLD for preparation and analysis. All samples underwent routine gold analysis using a 50-gram charge and fire assay with an atomic absorption finish. Selected samples were dissolved by a four acid digestion and then analyzed for a suite of 33 elements using an ICP-AES finish.

Quality control procedures included the systematic insertion of blanks (1 in 50 samples), duplicates (1 in 40 samples) and sample standards (1 in 20 samples) into the sample stream at the drill site.

The scientific and technical information in this press release has been assembled by Adrian Woolford, Chief Geologist of the Company, reviewed and approved by Roger Stangler, MEng, FAusIMM, MAIG, a Qualified Person as defined by NI43-101, retained by Golder Associates Pty Ltd.

Monument Mining Limited is an established Canadian gold producer that 100% owns and operates the Selinsing Gold Mine in Malaysia and the Murchison Gold Project in the Murchison area of Western Australia. It has 20% interest in Tuckanarra Gold Project jointly owned with Odyssey Gold Ltd in the same region. The Company employs approximately 200 people in both regions and is committed to the highest standards of environmental management, social responsibility, and health and safety for its employees and neighbouring communities.