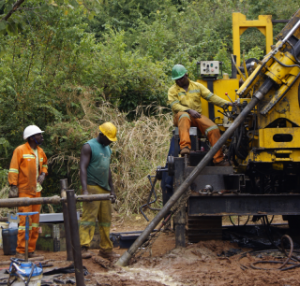 Montero Mining and Exploration Ltd. (TSX VENTURE:MON) has been granted an Environmental Impact Assessment Certificate for the Wigu Hill project from the Tanzanian government. This has been issued to fulfill Section 92(1) of the Environmental Management Act No. 20 of 2004 of Tanzania and is a requirement for the application of a Mining Licence for the development of the rare earths element mining project at Wigu Hill, in Tanzania.

Dr. Tony Harwood, President and Chief Executive Officer of Montero commented, “The approval from the Minister of State, Vice President’s Office – Environment in Tanzania is a significant milestone that will allow the advancement of the Wigu Hill rare earth project to a mining stage following the grant of a Mining Licence. In addition, the due diligence process with a “Strategic Investor” announced in December 2012 is ongoing and progressing well. The “Strategic Investor” has proposed to provide equity funding at project level towards the development of Montero’s Wigu Hill Rare Earth Element mine and refinery.”

Montero Mining and Exploration Ltd. is a mineral exploration and development company focused on achieving production of rare earths primarily from its flagship Wigu Hill project in Tanzania. With China’s control over rare earth export quotas, it is becoming imperative that the rest of the world develops new rare earth resources to meet the increasing demand from “green” technology and high-tech applications. Montero has a highly experienced Board and Management team that has built and operated mines and refineries in Africa, which brings significant credibility to our strategy of becoming a rare earth producer. In addition to rare earths, Montero has phosphate assets in South Africa and uranium assets in Tanzania and Quebec, Canada for sale or joint venture.