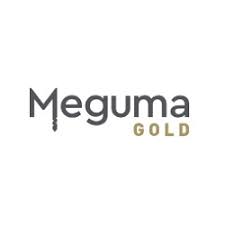 Four NQ holes totaling 620 metres were drilled near the surface extension of the historic workings that produced over 91,000 ounces of gold intermittently from 1869 to 1968 at an average grade of 13.27 grams per tonne.

All four drill holes encountered stratabound (bedding parallel) quartz as well as stockwork type veining. Most of the historic gold production came from the latter type of structure. MegumaGold is planning an additional drill program to expand known gold-bearing structures and to test for potential extensions. Other targets include areas where disseminated gold occurs in sedimentary rocks not necessarily associated with quartz veining.

The completion of the drilling program finalized the expenditure requirements of the option agreement with John Logan Enterprises Ltd. allowing the Company to own 100% interest on the 16 claims (total 256 hectares) Caribou property and has initiated the transfer of these claims. The Company controls the surrounding area of the historic mine site.

The Caribou Gold Project consists of 16 contiguous mining claims (256 hectares) hosting the past-producing Caribou Property located 80 km northeast of Halifax, Nova Scotia. Past production of over 100,000 gold ounces between 1869 and 1955 was reported in a historical technical report dated October 8, 2008 and entitled “NI 43-101 Technical Report for the Caribou Gold Property Upper Musquodoboit, Halifax County, Nova Scotia”, prepared for Scorpio Gold Corporation by Guy MacGillivray, P.Geo. of W.G. Shaw and Associates Limited (the “Historical Report”). The location of the project is shown in the map below.

Map is available at

The Historical Report discloses that underground production from the Caribou district was first recorded in 1869. Since then, approximately 108,250 ounces of historical gold production has been documented from the property in various production records and reports. Mining and milling records indicate an average mined grade of approximately 13 g/t Au, with local areas of 68 g/t Au. The Historical Report mentions distinctive zones of gold in stockwork veining hosted by shears within the anticline and that these shears contain broader zones of high-grade gold than normally seen in the camp. Lode gold mineralization is interpreted to be controlled by a north-northwest striking low angle axial structure that cuts the 95 km-long Caribou-Cochrane Hill Anticline.

Standard industry practices were employed in the logging and sampling procedures. All samples were assayed for Au only using standard fire assay technique using a 30 gram sample (lab code 1A2). Samples testing over 20 grams per tonne were re-assayed using assay code FA-1A3, fire assay by lead collection with a gravimetric finish. All samples from holes MG21-2 and MG21-4 were further analyzed for multi-element analysis by Total Digestion ICP (code 1F2).

A selection of samples from MG21-1 have been sent out to an independent lab for check assaying. Results are yet to be received.

MegumaGold Corp. is a Canadian junior gold exploration company engaged in the business of acquiring, exploring, and developing natural resource properties. MegumaGold has centered its exploration focus on the Meguma Supergroup of Nova Scotia that hosts the producing Touquoy Gold Mine plus several other advanced-stage gold deposits. As a result, MegumaGold has assembled a strategically positioned, district-scale tenure position within the Meguma Gold District. MegumaGold also controls the Elmtree Gold property located in an emerging potential gold district in New Brunswick.