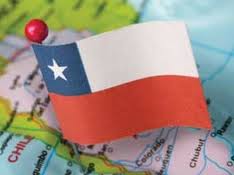 Los Andes Copper Ltd. (TSX-V:LA) (OTC PINK:LSANF) is pleased to announce that the Company has closed the previously announced financing for approximately $2.1 million in total proceeds, including $1,450,000 in gross proceeds from a non-brokered private placement and $652,587.27 pursuant to shares for debt settlement agreements with two insider shareholders of the Company. All shares were issued at a price of $0.22 per share.

A total of 6,590,909 shares were issued to the Company’s controlling shareholder, Turnbrook Mining Ltd. in accordance with the terms of the Private Placement, and a total of 2,966,306 shares were issued to TBML and Zeitler Holdings Corp. in full and final settlement of amounts owing to each of TBML and ZHC. ZHC is the management company of Dr. Klaus Zeitler, the Company’s Chairman. In accordance with the Settlement Agreements, $608,487.27 owing to TBML pursuant to loans made by TBML to Los Andes, and $44,100 owing to ZHC, being one-half of management fees outstanding to ZHC as of the date of settlement, have been settled through the issue of the Settlement Shares to TBML and ZHC.

In accordance with applicable Canadian securities laws, the Private Placement Shares and the Settlement Shares are subject to a hold period to May 28, 2015, which is four months and one day from the closing date of the transactions.

Los Andes intends to use the proceeds from the Private Placement to fund exploration and development work on the Company’s Vizcachitas project and for general working capital purposes. After the completion of the transactions there will be a total of 209,989,814 shares issued and outstanding.