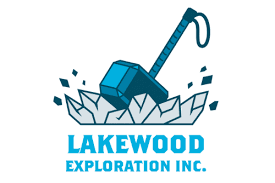 Lakewood Exploration Inc. (CSE: LWD) is pleased to announce that it has entered into a share purchase agreement dated effective August 9, 2021 between the Company, 1304562 B.C. Ltd. and the sole shareholder of BCCO, pursuant to which the Company will acquire 100% of the issued and outstanding shares of BCCO. BCCO owns a 100% interest in the Eliza Silver Project and the Silverton Silver Mine.

The Eliza Silver Project is located along strike of the Hamilton Mining District, Nevada’s highest-grade silver district, which produced 40 million ounces silver with grades up to 25,000 grams per tonne (g/t) between 1876-1890.

Surface samples collected at the nearby California Mine grading 24,956 g/t silver* and information gained from a detailed geologic map, indicate that Eliza and the Hamilton District contain high-grade Ag mineralization hosted by the same formation; however, no significant work or drilling has been done on the project in over half a century.

The Lakewood team plans to deploy a new geologic model, which will explore the down-thrown side of the Eberhardt Fault, which separates the Hamilton District from the Eliza Property. The California Mine, which mined ore grading between 5,621 to 18,737 g/t silver equivalent* in the 1870s is also located south of the Eberhardt Fault, indicating that very high-grade mineralization can be found within the Eliza fault block.

The Silverton Silver Mine

The past-producing Silverton Silver Mine is located in East Nevada’s “Silver Alley” with high-grade historic production of up to 933 g/t silver. Despite significant surface exposures and grab samples grading up to 499 g/t Ag and 1.99 g/t Au, no modern-day drilling or subsurface exploration techniques have been conducted on the project since the 1920s. The first modern work is currently underway, including satellite imaging which has shown similar colour anomalies to Kinross’ 15M oz Au Round Mountain mine (see Figure 1).

Numerous large deposits are located in the “Silver Alley,” including the 174 Moz Tonopah silver project and the Tybo project, which produced 100 Moz AgEq (see Figure 2).

Figure 2: Silverton area map including other mines in the area.

“The geology of the Eliza project suggests that it could be a down-dropped extension of the 40 Moz Hamilton Silver project,” stated President, Morgan Lekstrom. “The addition of Eliza and Silverton, two highly prospective silver projects in two of the most prolific silver districts in the USA, complement our growing portfolio of western US focused silver assets, which includes the past producing Silver Strand mine in Idaho. The acquisition of these projects reaffirms our strategy of adding shareholder value by acquiring silver assets that have both large exploration upside and near-term production potential.”

Pursuant to the terms of the Definitive Agreement, upon the closing of the Proposed Transaction, Lakewood will acquire 100% of the issued and outstanding securities of BCCO in consideration for: (i) the issuance of 3,370,000 common shares of the Company to the sole shareholder of BCCO, and (ii) a cash payment of $20,000. In addition, the Company will issue 300,000 common shares to certain arm’s length third party finders in connection with the Proposed Transaction. The Payment Shares and Finders’ Shares will be subject to voluntary hold periods, with 25% of the shares released on the date that is 3 months following the Closing Date and an additional 25% released every 3 months thereafter until all shares have been released.

The Proposed Transaction remains subject to certain closing conditions including, without limitation, (a) the receipt by the Company of all necessary corporate and regulatory approvals; and (b) each party’s representations and warranties in the Definitive Agreement being true and correct in all aspects as of the Closing Date, and each party meeting its terms and conditions and completing its covenants and obligations as contained therein. There can be no guarantees that the Proposed Transaction will be completed as contemplated or at all. The Proposed Transaction is anticipated to close on or before October 31, 2021.

Lakewood Exploration Inc. is a junior resource company that controls the Lacy Gold Project in British Columbia, Canada, the past-producing Silver Strand Mine in the Coeur d’Alene Mining District in Idaho, USA, and both the Eliza Silver project and the Silverton Silver mine in one of the world’s most prolific mining jurisdictions in Nevada. The Company is rapidly advancing towards an initial drill program at Silver Strand with the aim of defining a large silver resource within a belt that has produced more than 1.2 billion ounces of silver to-date. Geologic studies indicate that the Silver Strand Mine is hosted by the Revett formation, suggesting the potential for significant down dip extensions as demonstrated by other major mines in the district. Previous operators were solely interested in developing the known shallow mineralization, with the mine’s lowest level extending only 90 metres below surface. Lakewood strives to become a multi-mine silver producer. Mineralization hosted on adjacent and/or nearby properties is not necessarily indicative of mineralization hosted on the Company’s property.