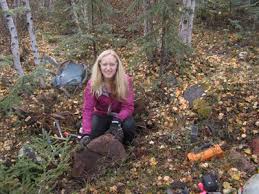 “The current uranium spot price environment continues to present excellent opportunities to increase Lakeland’s exposure to, and ownership of, high quality uranium projects in the Athabasca Basin,” stated Jonathan Armes, President and CEO of Lakeland. “The Lakeland team is nimble and motivated and we were able to secure these properties by competitive staking adding to our growing portfolio of high quality and shallow target depth properties in the Basin. We will seek to continue to advance our property portfolio via exploration, joint-ventures, option agreements or otherwise, giving our shareholders exposure to continued exploration successes as well as improving fundamentals for the uranium space.”

Ten claims totaling 21,990 ha located at the southern margin of the Athabasca Basin. Depths to the sub-Athabasca unconformity range between 0 and 350 metres below surface. At least 45 historic drill holes on the property targeted the four prospective trends on the property. Each trend is between 5 and 7 kilometres long, and considered to be under-explored. Historic exploration by SMDC, Cameco and Uranerz was conducted in the years 1974 to 1988. Recent exploration by JNR Resources and Titan Uranium was conducted in the years 2000 to 2010.

Recent work by JNR Resources includes airborne VTEM, GeoTEM, gravity and high-resolution magnetic surveys. This was followed up by ground Fixed Loop surface Transient Electromagnetic (FLTEM) surveys on the “Liberty” and “Bay” Trends. Four holes were drilled along the Liberty Trend whereas the Bay Trend was not drilled. Drilling on the Liberty Trend revealed elevated uranium in the sandstone, along with sandstones high in illite contend and faulting observed in the sandstone and basement rocks.

Recent work by Titan Uranium includes an airborne MegaTEM survey, a ground boulder survey and FLTEM surveys, followed up by drilling four holes along the “Turner” and “Snow” Trends. The eight kilometer long Turner Trend was tested with two holes, one of which failed to reach the unconformity in two attempts due to unconsolidated sands at about 50 metres depth.

The highlight of the historic exploration by Uranerz in 1982 along the Bay Trend is drill hole LE-50 which intersected the basement rocks about 1 kilometre south of the Athabasca sandstones. Moderately chloritized and sericitized, and weakly hematized migmatitic, graphitic pelite returned an assay value of 770 ppm uranium along with anomalous boron, nickel, pathfinder metals (Sask AR: 74G07-0042). This trend remains un-tested in recent years.

As a result of the historic and recent exploration, all four trends are considered “drill ready”.

Three claims totaling 7,195 ha located approximately one kilometre from the northeastern edge of the Athabasca Basin. Historic exploration by SMDC in the years 1976 to 1982 uncovered the Louise Lake and Karen Lake showings consisting of highly uraniferous soil and overburden. 16 drill holes were completed at the Louise Lake showing in order to follow up the overburden anomalies. Detailed overburden sampling of the Karen Lake showing reveal uraniferous lake-bottom silts, with several samples of greater than 1.0% uranium (Sask AR: 74P-0003). The Karen Lake showing has not been drill tested. JNR Resources operated the project between 1997 and 2011. Previous operators were unable to definitively explain the source of the uranium in overburden.

Two claims totaling 2,889 ha located at the northern margin of the Athabasca Basin. Depth to the sub-Athabasca unconformity is about 260 metres below surface. The project benefits from both historic and recent exploration including modern airborne geophysics (MegaTEM, Full-Tensor Gravity). The project is situated along the Snowbird tectonic zone, a major transcrustal structural feature that includes the Black Lake fault zone.

Three claims totaling 16,925 hectares located approximately eight kilometres from the eastern edge of the Athabasca Basin. An outlier of Athabasca sandstone is located within the property. The property is intersected by at least four graphitic corridors which have seen historic drilling. Aside from airborne electromagnetic surveys, the project has not seen recent exploration with the current understanding of the importance of basement-hosted unconformity-style deposits.

Two claims totaling 3,258 hectares located approximately seventy kilometres from the southern edge of the Athabasca Basin and the Key Lake uranium mill. The project is within the southern extension of the prospective western Wollaston Domain rocks. This lithostuctural domain hosts the majority of basement and unconformity type uranium deposits known in the Athabasca Basin. The northern edge of the property is intersected by a conductor defined by a 2005 VTEM survey by Forum Uranium Corp. The target for the project is a basement-hosted unconformity-style uranium deposit.

Lakeland staked the new properties in late 2013 to early 2014. Lakeland now has a portfolio of 16 properties covering a total of ~157,000 hectares. The Company recently closed an over-subscribed private placement led by Secutor Capital Management Corporation for gross proceeds of C$2.8 million. Lakeland will continue to advance its property portfolio via exploration, joint-ventures, option agreements or otherwise.

Uranium demand is largely driven by energy demands. The spot price of uranium is currently US$33.75/lb U3O8 (Source: UxC). There are currently approximately 434 nuclear reactors in operation world-wide. Global electricity demand is expected to grow significantly through 2030 and the number of nuclear reactors is rising to meet it. 72 new reactors are now under construction – new build levels not seen since the 1970s – as well as an additional 173 planned and 309 proposed to 2030 (Source: World Nuclear Association). The bulk of the new units are in four countries – China, India, Russia and Korea. Several near term catalysts for the uranium market include (i) increased clarity on Japanese restarts; (ii) increased Chinese utility buying; and (iii) the recent culmination of the Russian HEU “Megatons to Megawatts” agreement reducing a significant secondary source of supply (Source: Raymond James). Investor interest in the uranium space has been largely focused on the Athabasca Basin given recent discoveries there, as well as its position as a leading high grade uranium district, with mining infrastructure and mills, the presence of majors and relatively low geopolitical risk.

The technical information above has been prepared in accordance with the Canadian regulatory requirements set out in National Instrument 43-101 and reviewed on behalf of the company by Neil McCallum, P.Geo., a qualified person, of Dahrouge Geological Consulting Ltd. and a Director of Lakeland.

Lakeland Resources Inc. is a pure play uranium exploration company focused on the Athabasca Basin in Saskatchewan, Canada, home to some of the world’s largest and richest high-grade uranium deposits.