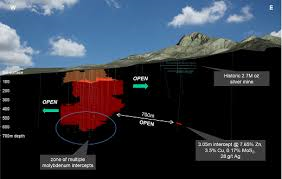 InZinc Mining Ltd. (TSX-V:IZN) is pleased to announce that it has closed the non-brokered private placement announced on September 19, 2014. A total of 5,694,000 units were sold at a price of $0.18 per unit for gross proceeds of $1,024,920. Each unit consists of one common share and one-half of one common share purchase warrant. Each full warrant will be exercisable to acquire one additional common share of the Company at a price of $0.30 per share for a period of 24 months. The financing follows the Company’s $600,000 financing which closed on August 29, 2014.

In connection with the private placement, the Company paid a finders’ fee to certain arm’s length individuals on a portion of the placement consisting of a cash fee equal to 7% of the gross proceeds received by the Company and warrants, having the same attributes as the warrants comprised in the units, equal to 7% of the units sold under the placement through the efforts of the finders. No other fee or commission is payable by the Company in connection with the financing.

The net proceeds from the private placement will be used for advancement of the Company’s West Desert project and for general corporate purposes.

The securities issued in connection with the financing will be subject to a four month restriction on resale from the completion date.

InZinc Mining Ltd. is focussed on advancing its 100% owned West Desert zinc-copper-iron project in western Utah. An independent Preliminary Economic Assessment announced on April 1, 2014 concludes that conventional mining and processing of the West Desert resources would provide strong potential cash-flow and a corresponding high rate of return. From clean, high-quality concentrates, West Desert has the potential to produce 1.6 billion pounds of payable zinc and 146 million pounds of payable copper at low cost over a mine life of approximately 15 years. Over the same period, approximately 15 million tonnes of high quality iron (magnetite) concentrates suitable for domestic or off-shore markets would be produced as a potential high-value co-product, also at low cost.

West Desert benefits from all-weather road access, on-site grid power and proximity to natural gas. It is located 90 kilometres from multiple transcontinental rail networks accessing all major North American markets and servicing a variety of western US ports. Large and potentially expandable resources are an additional advantage for West Desert.