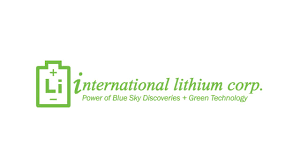 International Lithium Corp. (TSX-V: ILC) is pleased to announce the close of the CAD$1,027,500 non-brokered private placement of secured convertible debentures announced on November 29, 2019 and January 24, 2020. The Debentures will mature on September 30, 2020 and bear interest at a rate of 12% per annum. The debentureholders will have the right to redeem the Debentures on March 31, 2020 and may convert at any time, all or a portion of the Debentures into common shares of the Company at a price of CAD$0.05 per common share.

The Company also announces that it has closed the non-brokered private placement of secured Debentures in the principal amount of GBP 254,000 (CAD $445,000) announced on November 29, 2019. The Debentures will mature on September 30, 2020 and bear interest at a rate of 12% per annum. The debentureholders will have the right to redeem the Debentures on March 31, 2020 and may convert at any time, all or a portion of the Debentures into common shares of the Company at a price of $0.05 per common share.

The Company intends to use the proceeds for exploration of its Raleigh Lake project in Ontario, and for general working capital.

All directors of the Company participated in these private placements, including John Wisbey, who subscribed for Debentures of CAD$572,500 and GBP 254,000. The proposed issuance of private placement securities to non-arms’ length parties constitutes a related-party transaction under Multilateral Instrument 61-101 – Protection of Minority Security Holders in Special Transactions. Because the Company’s shares trade only on the TSX Venture Exchange, the issuance of securities is exempt from the formal valuation requirements of Section 5.4 of MI 61- 101 pursuant to Subsection 5.5(b) of MI 61-101 and exempt from the minority approval requirements of Section 5.6 of MI 61-101.

The Company takes this opportunity to provide the below update on the security holdings of the directors and other insiders following the closings of these private placements. This information can also be found on SEDI at www.sedi.ca.

International Lithium Corp. believes that the ’20s will be the decade of battery metals, at a time that the world faces a major turning point in the energy market’s dependence on oil and gas and in the governmental and public view of climate change. Our key mission in the new decade is to make money for our shareholders from lithium and battery metals while at the same time helping to create a greener, cleaner planet. This includes optimizing the value of our existing projects in Canada, Argentina and Ireland as well as finding, exploring and developing projects that have the potential to become world class lithium and rare metal deposits. In addition, we have seen the clear and growing wish by the USA and Canada to safeguard their supplies of critical battery metals, and our Canadian properties are strategic in that respect.

A key goal in the new decade is to become a well funded company to turn our aspirations into reality.

The Company’s primary strategic focus is now on the Mariana project in Argentina and on the Raleigh Lake project in Canada.

The Company has a strategic stake in the Mariana lithium-potash brine project located within the renowned South American “Lithium Belt” that is the host to the vast majority of global lithium resources, reserves and production. The Mariana project strategically encompasses an entire mineral rich evaporite basin, totalling 160 square kilometres, that ranks as one of the more prospective salars or ‘salt lakes’ in the region. Current ownership of the project is through a joint venture company, Litio Minera Argentina S. A., a private company registered in Argentina, now owned 86.297% by Ganfeng Lithium and 13.703% by ILC. In addition, ILC has an option to acquire a further 10% in the Mariana project through a back-in right.

The Raleigh Lake project, now consisting of 3,027 hectares of adjoining mineral claims in Ontario, is regarded by ILC management as ILC’s most significant project in Canada. It is 100% owned by ILC, is not subject to any encumbrances, and is royalty free.

The ownership of the Mavis Lake project is now 51% Pioneer Resources Limited and 49% ILC. In addition, ILC owns a 1.5% NSR on Mavis Lake. Pioneer has an option to earn an additional 29% by sole-funding a further CAD $8.5 million expenditures of exploration activities, at which time the ownership will be 80% Pioneer and 20% ILC.

The Forgan Lake project will, upon Ultra Resources Inc. meeting its contractual requirements pursuant to its agreement with ILC, become 100% owned by Ultra Resources, and ILC will retain a 1.5% NSR on Forgan Lake.

With the increasing demand for high tech rechargeable batteries used in electric vehicles and electrical storage as well as portable electronics, lithium has been designated “the new oil”, and is a key part of a “green tech” sustainable economy. By positioning itself with solid strategic partners and projects with significant resource potential, ILC aims to be one of the lithium and battery metals resource developers of choice for investors and to continue to build value for its shareholders in the ’20s, the decade of battery metals.