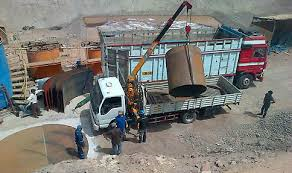 INCA ONE RESOURCES CORP. (TSX-V: IO) is pleased to announce that it has entered into an amended subscription agreement with respect to the final tranche of its previously announced bond financing. The first tranche of the Bond Financing closed on June 3, 2014, for gross proceeds of $2,700,000.

Under the terms of the Amended Subscription Agreement, the closing of the final tranche of the Bond Financing will occur in two separate tranches, each for gross proceeds of $1,400,000, the first of which closed on August 29, 2014 and the second of which is scheduled to close in September, 2014.

Edward Kelly, President and CEO of Inca One stated: “We are pleased to have negotiated the Amended Subscription Agreement. The new closing schedule more closely matches our funding needs for the Chala One Plant expansion and will lower our interest expenses accordingly.”

As previously disclosed the proceeds from the Bond Financing will be used to fund increasing the throughput capacity on the Company’s gold milling facility located in Chala, Peru.

About Inca One Resources Corp.

Inca One is a Canadian-based ore processing company with a gold milling facility in Peru, servicing government-permitted small-scale miners. A highly mineral-rich country, Peru is one of the world’s top producers of gold, silver, copper and zinc, with substantial production coming from small scale miners who need government permitted milling facilities to process their ore (such as the Company’s Chala mill).