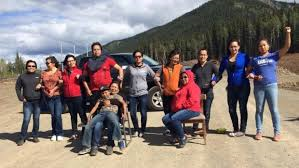 Imperial Metals Corporation (TSX:III) is pleased to report that it has entered into an agreement with the Tahltan Central Council the focal point of which is a review of the Red Chris tailings impoundment to confirm that world class standards have been incorporated in its design, engineering, construction and operation. The review will be conducted by an independent third party engineering firm that has been selected by the TCC and is targeted for completion by September 24, 2014. Imperial has agreed to address all material issues, if any, identified by the review in a timely manner and to the reasonable satisfaction of the TCC.

The agreement was approved by the TCC over the weekend following a series of community meetings held in Iskut with the TCC, the Klabona Keepers Elders Society and Imperial Metals.

Imperial is targeting to begin commissioning operations at Red Chris upon the completion of the Iskut extension power line, anticipated to be in September 2014, as previously communicated.