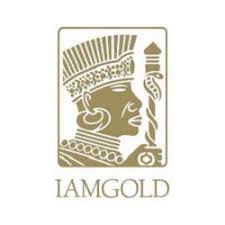 IAMGOLD Corporation (TSX: IMG) (NYSE: IAG) is pleased to announce results from its 2021 exploration infill drilling program completed at the Diakha deposit on its wholly owned Diakha-Siribaya Gold project located in western Mali along the borders with Senegal and Guinea.

Craig MacDougall, Executive Vice President, Growth for IAMGOLD, stated: “We are very pleased with the results of our 2021 exploration program, which have helped to demonstrate continuity of mineralization between previously completed drill holes and better delineate the distribution and controls on high grade mineralized structures within the known resource.”

“The data from this program will help improve the current deposit model and support the completion of an updated mineral resources estimation as we continue to advance towards our objective of increasing total indicated resources to above 1.5 million ounces.”

In 2021, the Company completed a combined 19,952 meters in 131 diamond and RC drill holes with 22,328 assay samples (including QA/QC samples) submitted for analysis. The main objective of the drilling program was to infill and increase confidence in the current resources estimate for the Diakha deposit.

The Diakha-Siribaya project is wholly-owned by IAMGOLD and consists of eight contiguous exploration permits which cover a total area of 596.5 square kilometres, located in the Kédougou-Kéniéba inlier of the West African Craton region of western Mali along the borders with Senegal and Guinea.

The drilling data from the 2021 exploration program is currently being incorporated into a revised deposit model to support the completion of an updated mineral resources estimate targeted for completion in the first half of 2022. 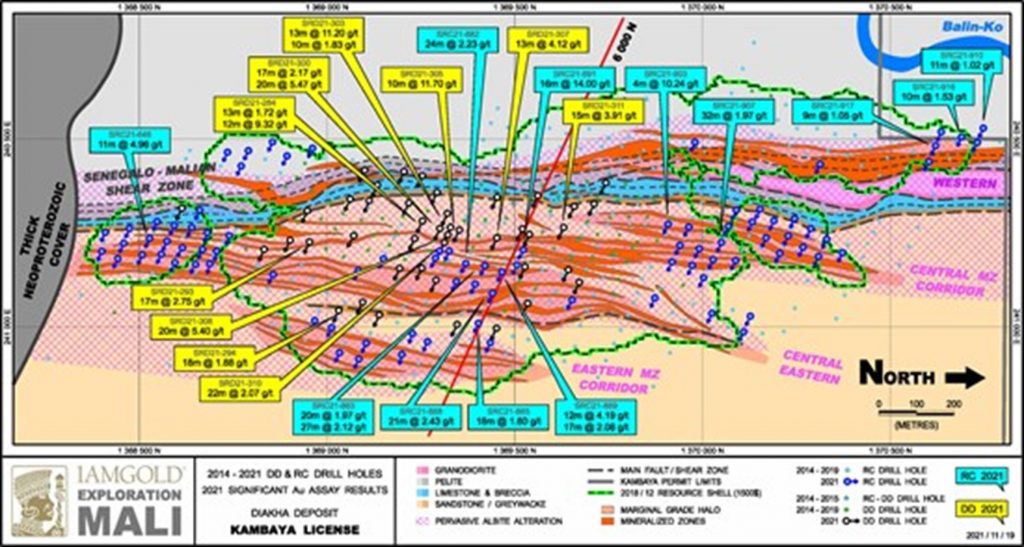 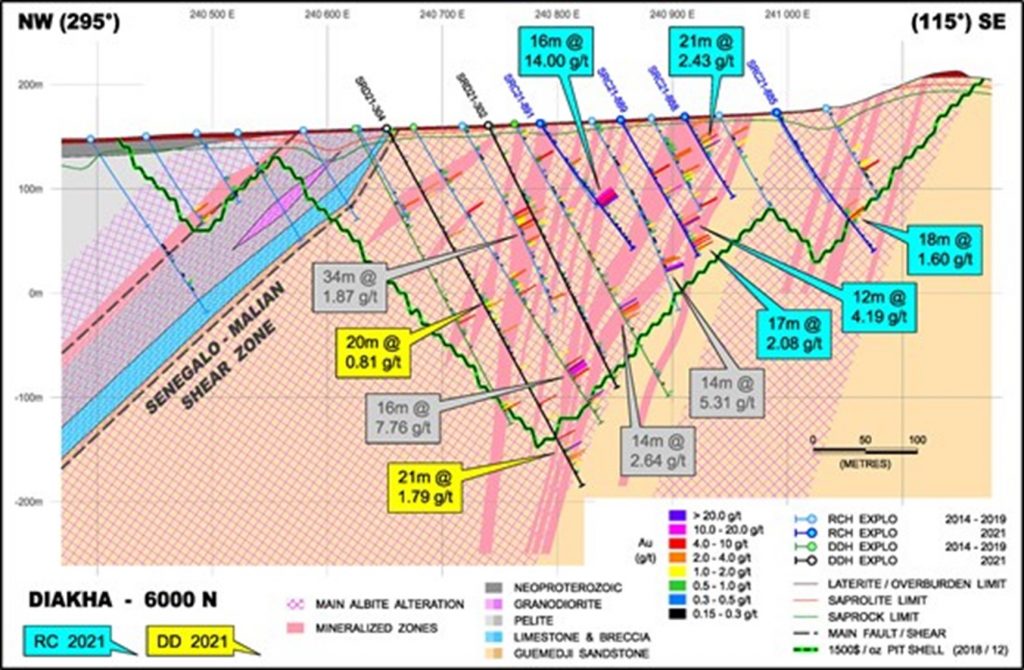 Assays are reported uncut, but high grade sub-intervals are highlighted

IAMGOLD is a mid-tier gold mining company operating in three regions globally: North America, South America and West Africa. Within these regions the Company is developing high potential mining districts that encompass operating mines and construction, development and exploration projects. The Company’s operating mines include Essakane in Burkina Faso, Rosebel (including Saramacca) in Suriname and Westwood in Canada. A solid base of strategic assets is complemented by the Côté Gold construction project in Canada, the Boto Gold development project in Senegal, as well as greenfield and brownfield exploration projects in various countries located in the Americas and West Africa.

IAMGOLD employs approximately 5,000 people. IAMGOLD is committed to maintaining its culture of accountable mining through high standards of Environmental, Social and Governance practices, including its commitment to Zero Harm®, in every aspect of its business.