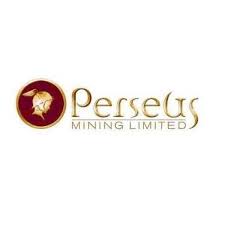 “With our three gold mines, Yaouré, Edikan and Sissingué, now producing gold at an annualised rate of over 500,000 ounces per year, Perseus’s focus has turned to maintaining this level of production out to the end of the current decade and beyond.

“Our latest infill and step out drilling results from below Yaouré’s CMA open pit confirm previous drill results that indicated that material quantities of additional Indicated Mineral Resources, capable of being economically mined using underground mining methods, may be delineated.

“We are aiming to complete a Preliminary Feasibility Study of this mining operation by the end of the June Quarter 2022, however, timing of the completion of this work will depend on the ultimate footprint size of the orebody as determined by the current drilling programme.”

Perseus focused recent exploration activities on the Yaouré permits at CMA Underground and CMA down-dip extensions within 2 kilometres of the Yaouré mill (Appendix 1 – Figure 1.1). Results continue to demonstrate the potential for the Company to materially grow its gold inventory at Yaouré organically, through further drilling success.

Following completion of drilling within the cutback zone of the CMA South open pit, Perseus extended infill drilling north along the CMA structure where grades are generally higher than at the southern end. Drilling during the last quarter comprised 12,437 metres in 56 reverse circulation (“RC”) pre-collared diamond (“DD”) holes, infilling the existing 50 x 50 metres coverage to a nominal 25 x 25 metres pattern to allow conversion of the Inferred resource to Indicated. Results continued to provide encouragement, with intercepts generally consistent with those previously encountered in both thickness and grade (Appendix 1 – Figures 1.3-1.4). Of note has been the presence of 2-3 stacked lodes in places, either as a result of anastomosing of the main lode or structural repetition. This feature has also been noted in the open pit workings, locally significantly increasing the ounces of gold per vertical metre.

Better intercepts from the CMA infill drilling are shown in Table 1 below, with a complete summary of significant results included in Appendix 2 – Table 2.1.

Perseus stepped up drilling to investigate the next 300 metre down-dip from the current CMA Underground resource, with 9,511 metres drilled in 18 RC pre-collared DD holes. This work focused within the “Magazine Zone” ahead of stocking of the magazine with explosives. The step-out program is also guided by Perseus’s early 2020 3D seismic survey that clearly identified the CMA structure extending to depth beyond the current drill coverage.

Perseus is undertaking drilling on an initial 100 x 200 metres pattern to better define the position of the CMA structure and the intensity of mineralisation. If results are encouraging, this will be infilled to 100 x 100 metres to allow an initial Inferred Mineral Resource Estimate.

Better intercepts from the Yaouré step out drilling are shown in Table 1 below and in Appendix 1 – Figures 1.5 & 1.6, with a complete summary of significant results included in Appendix 2 – Table 2.2.

NEXT STEPS AT CMA

Perseus’s ongoing exploration and study programmes at Yaouré will focus on:

The information in this report and the attachments that relate to exploration drilling results at the Yaouré Project is based on, and fairly represents, information and supporting documentation prepared by Dr Douglas Jones, a Competent Person who is a Chartered Professional Geologist. Dr Jones is the Group General Manager Exploration of the Company. Dr Jones has sufficient experience, which is relevant to the style of mineralisation and type of deposit under consideration and to the activity being undertaken, to qualify as a Competent Person as defined in the 2012 Edition of the ‘Australasian Code for Reporting of Exploration Results, Mineral Resources and Ore Reserves’”) and to qualify as a “Qualified Person” under National Instrument 43-101 – Standards of Disclosure for Mineral Projects. Dr Jones consents to the inclusion in this report of the matters based on his information in the form and context in which it appears.