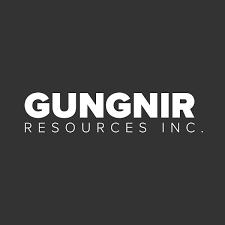 Gungnir Resources Inc. (TSXV:GUG) (OTCPK:ASWRF) is pleased to report final results of the 2019 drill program at its Knaften project in northern Sweden. Results from holes KN19-08, -09 and -10 continue to demonstrate continuity of two gold zones at Knaften and further discovery potential. New assays include an upper zone intercept of 5.39 g/t Au over 2 metres (includes 9.21 g/t Au over 1 metre) and 4.94 g/t Au over 0.90 metres in the lower zone in hole KN19-09. Please see Figure 1.

Jari Paakki, Gungnir’s CEO, “We were five-for-five with our drilling this year testing a new structural model at the Knaften 300 Gold Zone. Each of the five holes cut two mineralized zones including discovery of a new lower zone with high-grade gold (59.60 g/t Au). With our recently received cash payment of $1 million we are in good financial shape and plan to continue drilling at Knaften in 2020.”

Knaften 300 consists of two sub-parallel gold zones (Upper and new Lower Zone) hosted within disseminated arsenopyrite mineralization. The shallow-dipping zones extend down-dip for close to 250 metres to the east, beyond historic drilling, and are open for expansion. With a working thrust-fault model, there is a possibility of additional stacked zones (mineralized thrust faults) at depth. Further out, areas to the north, south and west of Knaften 300 also remain untested.

All intersections are estimated to be about 80-90% of core lengths reported.

All samples referred to in this release were tested at ALS Laboratories in Galway, Ireland. Cutting of drill core and sample preparation was completed by ALS in Mala Sweden. A 51-element package (ultra trace level method ME-MS41) by Aqua Regia and ICP-AES/ICP-MS was employed and method Au-ICP21, a 30-gram fire assay with ICP-AES finish, was used for gold analysis. Over-limit gold (>10 g/t) employed method Au-GRAV21, a 30-gram fire assay (FA-GRAV finish). Control samples (accredited gold standards and blanks) were inserted into the sample sequence on a regular basis to monitor precision of results.

The technical information in this news release has been prepared and approved by Jari Paakki, P.Geo., CEO and a director of the Company. Mr. Paakki is a Qualified Person under National Instrument 43-101.

Gungnir Resources Inc. is a Canadian-based TSX-V listed mineral exploration company with gold and base metal permits in northern Sweden. The Company’s key project, Knaften, hosts high-grade gold, VMS (zinc-copper) and copper-nickel targets, and all are open for expansion and further discovery.