And yet, it’s mostly since the 1970s that recent discoveries have brought renewed attention to the area.

With gold back in a secular bull market, the metal of kings has risen by more than 600% since 2001.

Gold’s steadily climbing price over the past two decades has attracted the mining world’s exploration interest to Canada’s East.

It’s this very exciting potential that now has one junior gold explorer on investors’ radar.

“Great Atlantic has been building value, currently we have a 100% interest in multiple projects in Atlantic Canada. The Golden Promise Gold Property is a prime example of Value add, in Great Atlantic. We have completed a current 43-101 with a resource of over a 100,000 Oz Gold, as well as multiple exploration programs defining multiple new target areas to be drilled. We have watched as our neighbour Marathon Gold expand their resource to over 4, Million OZ Gold and become a 280-million-dollar market cap company. It’s our belief that Value investing will soon be on the radar of investors as the shift out of momentum investing continues.”  — Christopher Anderson, President, CEO & Director, Great Atlantic Resources.

Great Atlantic Resources (TSXV:GR; FRA:PH01) is actively exploring for some of the world’s most desirable commodities:  gold, antimony and tungsten.

And they’re focusing on Atlantic Canada, where there is strong potential to discover and advance world class economic deposits.

Located in Newfoundland on the Central Newfoundland Gold Belt, Golden Promise is the company’s most advanced, highest priority and largest property at 16,500 hectares.

The most notable of these is Marathon Gold Corporation’s (TSXV: MOZ) flagship Valentine Gold Project.  Valentine Lake boasts a 4.2 million gold ounce resource and is being advanced towards development.

For Golden Promise Gold Project, it all started back in 2002 when gold bearing quartz boulders were first reported on the property.

Since then multiple exploration programs have been completed, including some 24,500 meters of diamond drilling, an historic (2008) and recent (2018) mineral resource estimates, and an historic (2010) bulk sample.  That bulk sample reported solid results:  approximately 2200 tonnes with a reported 5.59 g/t head grade.

A 1000-meter diamond drill program was initiated last October to further test the Jaclyn Zone, which hosts multiple gold-bearing quartz vein systems. The Jaclyn Zone is the most advanced zone on Golden Promise Gold Project. The 2019 drilling program focused on a section of the JMZ.

In early December Great Atlantic announced completion of the 10-hole drill program, totaling 1063 meters, and that visible gold was intersected within quartz veins in four holes. Assays are pending for drill core samples. 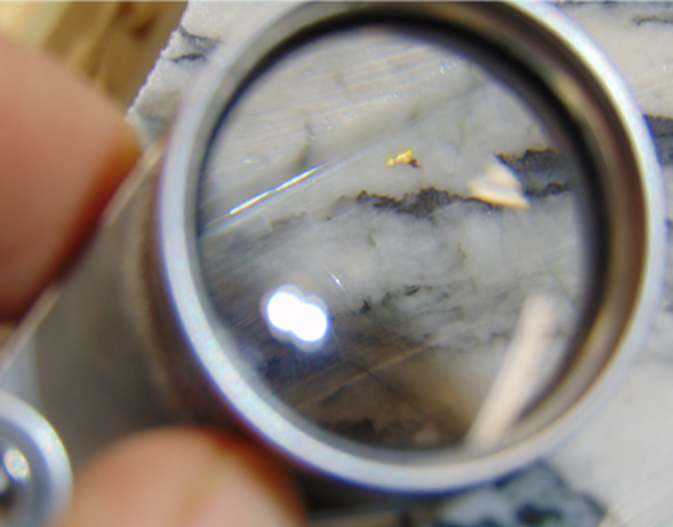 Nine holes tested the west half of the JMZ within the conceptual open pit-constrained area. One hole tested the deeper central part of the JMZ. Nine holes intersected quartz veins with plus / minus sulfide mineralization. The remaining hole was stopped prematurely before reaching the target depth.

Great Atlantic’s objective is to build Golden Promise into a multi million-ounce gold resource.  And by all measures, it seems they are well on their way to achieving that goal.

With numerous quality projects, in one of the safest mining jurisdictions that still remains significantly underexplored, all the right ingredients are in place to make Great Atlantic Resources into a successful junior explorer.