GR Silver Mining Ltd. (TSX-V: GRSL), (FRANKFURT: GPE), (OTCQB: GRSLF)  is pleased to announce that wide, high-grade polymetallic (Au-Cu-Ag-Pb-Zn), disseminated and massive sulphide-rich mineralization has been discovered during initial underground channel sampling on the lower level of the Plomosas Mine (Figure 1), at its 100%-owned Plomosas Silver Project in Sinaloa, Mexico.

A continuous intersection, measuring 15.7 m in length, was saw channel sampled adjacent to the existing “room and pillar” stope on the 775 RL level, and out into the unmined zones (Figure 2). Assays in this interval have discovered a new style of precious and base metal mineralization represented by disseminated and massive sulphide-rich zones, hosted by a brecciated andesite and rhyolite tuff. The mineralization consists of coarse grained chalcopyrite, sphalerite and galena with associated silver and gold. Sampling to date has not identified the limits of this new style of mineralization, which remains open to expansion with further sampling and exploration. (Video Link)

The polymetallic mineralization mainly occurs as massive to closely-spaced disseminated sulphides, with veins, stockworks and sulphide stringers hosted in brecciated sequences of rhyolite and andesite tuffs. Quartz and calcite are identifed as the main gangue minerals. Ore mineral assemblages include chalcopyrite, galena, sphalerite, pyrite, bornite, with azurite and malachite as supergene minerals (Catalogue Underground Samples-Link – High Grade). Hydrothermal alteration is represented by silicification, and altered host rocks may also include quartz, muscovite, chlorite, epidote and specularite. This mineral assemblage is generally consistent with the inner zones of low to intermediate sulfidation epithermal deposits.

GR Silver Mining President and CEO, Marcio Fonseca, commented, “These new high-grade polymetallic underground channel sampling results are extraordinary, indicating the potential to define substantial new mineralized zones. The geological setting of these samples provides an opportunity to define large volumes of not only precious metals, but also base metals. The presence of gold that appears to be associated with base metal mineralization, provides immediate new underground and surface drilling targets, aiming to delineate much larger resources in the near future. The presence of three styles of mineralization: (1) disseminated or massive sulphide-style mineralization adjacent to (2) the structurally controlled Pb-Zn-Ag-Au hydrothermal breccia and (3) high-grade Au-Ag low sulphidation mineralization, reinforces the potential for large-scale mining at Plomosas, in areas consisting of underground development completed by previous operators.“

The high-grade nature of the historic Plomosas Pb-Zn-Ag-Au mine has been well documented since the late 1990s. However, the mine operator until 2001, Grupo Mexico, did not address the potential for modern large-scale mining indicated by these recent results and high-grade Ag-Au recently discovered by GR Silver Mining in low sulphidation epithermal veins. While the high-grade mineralization remains the primary target for the Company at Plomosas, the potential for large volume, disseminated and massive sulphide mineralization hosted in volcanic rocks, will be carefully assessed. The Company plans to advance this highly promising project with more underground saw cutting  of channel samples, geological and structural mapping, and underground drilling.

The initial assay results from underground continuous sampling are shown in Table 1.

GR Silver Mining is continuing its detailed sampling and geological/structural mapping of recently exposed underground faces to confirm the potential for expansion of polymetallic mineralization along strike. In addition, the Company has now budgeted for a 1,400 m underground drilling program to be completed using existing drill stations, aiming to define substantial intersections of Au-Cu-Ag-Pb-Zn mineralization along strike and down dip.

The planned underground drill sites in the Plomosas Mine will be located in levels immediately above recently discovered disseminated and massive sulfide-rich zones hosted by a brecciated andesite and  rhyolite tuff unit, aiming to confirm extensions down dip and along strike.

In addition to drill testing these areas at the Plomosas Mine, the Company is also integrating 4,500 historical underground channel and rock chip samples to investigate the presence of similar mineralization in other areas of the historic underground workings.

GR Silver Mining believes that the Plomosas Mine Area is part of a much larger epithermal system, as indicated by field evidence along 1 km of strike length, where only 400 m of that strike has previously been drilled. This represents an opportunity for the Company’s current surface drilling and upcoming underground drilling programs to discover new mineralized zones in near surface positions as well as extensions to underground mined areas.

The brecciated andesite and rhyolite tuff are located predominantly on the hanging wall of the Plomosas Fault, which commonly hosts the Zn-Pb-Ag-Au rich hydrothermal breccia unit,the main object of past mining activities in the Plomosas Mine Area (See link to Conceptual 3D model).

Recently released historical results related to Grupo Mexico drill holes in the vicinity of this level, (*See Section Link), have defined attractive mineralization worth additional exploration in the area. This discovery validates the important potential of the Plomosas Silver Project.

The silver and gold mineralization on this Project display the alteration, textures, mineralogy and deposit geometry characteristics of a low sulphidation epithermal silver-gold-base metal vein/breccia mineralized system. Previous exploration was focused on Pb-Zn-Ag-Au polymetallic shallow mineralization, hosted in NW-SE structures in the vicinity of the Plomosas mine. The E-W portion of the mineralization and extensions for the main N-S Plomosas fault remains under-explored. The Plomosas Silver Project has more than 500 recent and historical drill holes in six areas – Plomosas Mine, San Juan, La Colorada, Yecora, San Francisco and El Saltito. These drill holes represent an extensive database allowing the Company to advance towards resource estimation and potential project development in the near future. In August 2020, GR Silver Mining commenced its drilling program in the area to investigate extensions to known mineralization and to guide new discoveries, part of a planned resource estimation in 2021. 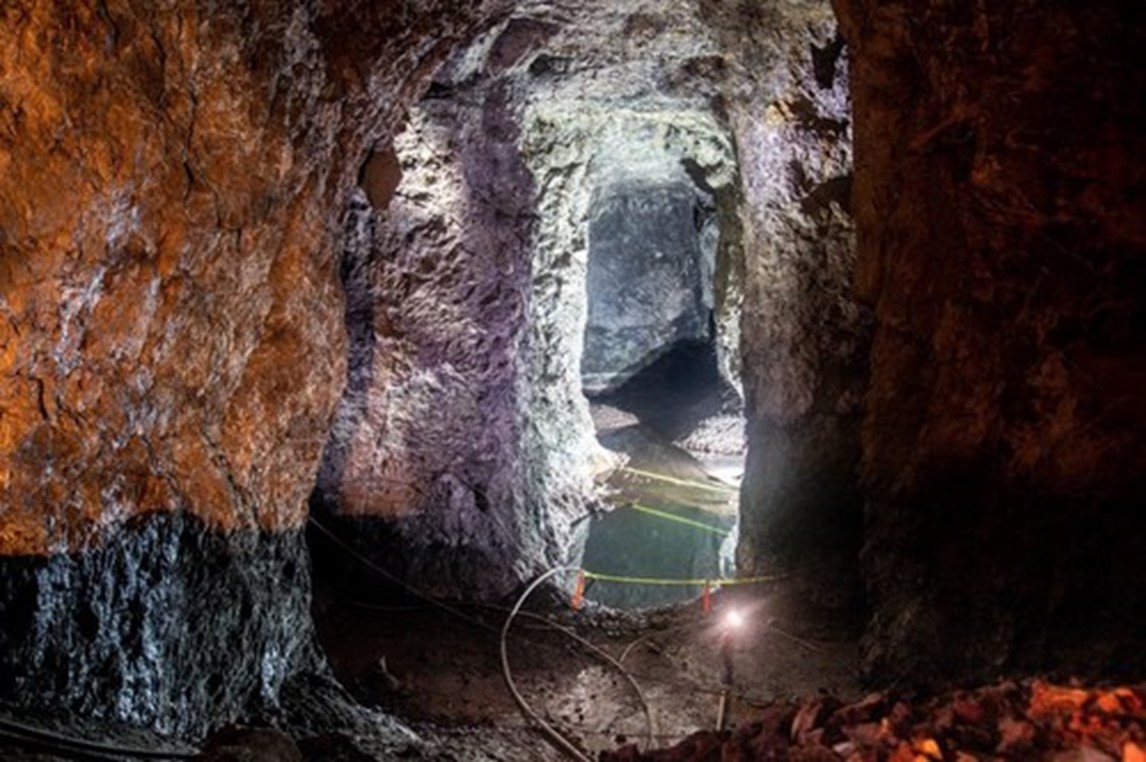