Global Wind Power Installations Increased by 42 Percent in 2014, According to Navigant Research

Global Wind Power Installations Increased by 42 Percent in 2014, According to Navigant Research 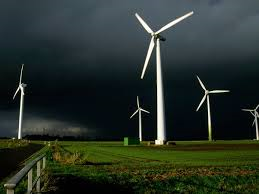 A new report from Navigant Research covers developments in the wind energy sector during 2014, including an analysis of the important changes in the industry over the last 3 years and global market forecasts through 2019.

Fueled by the policy-driven acceleration of installations in three key countries—China, Germany, and the United States—the global wind industry staged a remarkable comeback in 2014. Expansion in second-tier countries, such as Brazil, Turkey, France, and Canada also helped sustain a strong foundation for the industry as it matures into a significant global source of reliable, renewable energy. According to a new report from BTM Consult, a part of Navigant Research, worldwide wind power installations grew by 42 percent year-over-year in 2014.

“The wind power industry achieved a record year of installations in 2014, setting the stage for steady growth in the coming years,” says Jesse Broehl, senior research analyst with Navigant Research. “The industry’s development is being bolstered by key established markets and increasingly supported by new and diversified global markets.”

The revival of the U.S. and German markets meant there was a significant shake-up in the rankings of the world’s top 10 wind turbine suppliers in 2014, according to the report. Vestas remained the top supplier after strong sales both onshore and offshore and widespread across global markets. Siemens jumped two positions to second place in 2014 due to strong sales in the offshore sector and the surge of the German market. Had more planned 2014 offshore wind been fully commissioned and grid-connected, Siemens would have challenged Vestas’ top position, the report concludes.

The World Wind Energy Market Update 2015 covers developments in the wind energy sector during 2014. As in previous editions, this report assesses important changes over the last 3 years and provides a 5-year market forecast, followed by a projection of likely market progress for the next 5 years. This 20th annual edition of the World Wind Energy Market Update includes a special report highlighting advances occurring in the wind blade market through three expert commentary and analysis submissions. Another key component of this report is an assessment of the separate demand and supply dynamics in wind markets globally and an analysis of wind turbine vendor market activity derived largely from wind turbine installation data provided by the wind turbine vendors. An Executive Summary of the report is available for free download on the Navigant Research website.