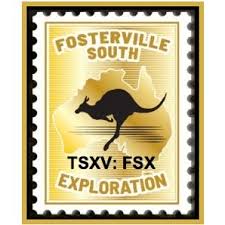 Fosterville South Exploration Ltd. (TSX-V: FSX) (OTCQX: FSXLF) (Germany: 4TU) is pleased to report that new diamond and reverse circulation drilling at the Golden Mountain prospect within the Tallangallook Gold Project in Victoria, Australia has returned strong gold grades over considerable downhole lengths. Additional assays are pending from a review of previous diamond drilling where these drillholes drilled through the East West zone prior to the recognition of the zone’s extent. Soil sampling along the corridor has revealed a 1km strike length of anomalous gold in soil associated with this previously untested zone.

Fosterville South received strong gold assay intercepts, from its nine-hole drill program of 1519 meters in total, including an intercept an intercept from surface grading 77m at 1.14 g/t Gold from 2m, including 35m at 1.85 g/t Gold from 3m at the Golden Mountain prospect located within the Tallangallook Gold Project. Five of the drill holes intersected the E-W zone while the other four holes drilled other targets. Two of the latter holes (22GMRC05 & 22GMRC10) failed to reach drill target due to ground conditions.

A reverse circulation drilling program was instigated on parts of the EW Zone to determine the extent and grade of gold mineralization within the zone, following encouraging results from grid-based soil sampling as well as review of previous drilling and the geological controls on the mineralisation in this area. The gold in soil anomaly is approximately 1000m in strike extent. The gold mineralisation discovered by previous drilling was found to be associated with a porphyritic, miarolitic and xenolithic granite or monzogranite. Further petrographic studies are underway to discriminate the various granitic rock types and those rocks that have associated alteration and gold mineralisation.

Further to this review and following the reverse circulation drilling results being received, it was found that previous diamond holes GMDH52 and GMDH53 had drilled through a potentially mineralised granite in their upper parts. Sampling of GMDH53 confirmed the mineralization with 38.7m at 0.79 g/t Gold from 10.7m (see photo) and since then GMDH52 has been sampled and submitted for assay. While some intersections are preferentially held within the granite other gold intersections are within the contact metamorphosed (hornfels) rocks nearby suggesting that there are other structural controls to the mineralisation. The granite contact is also very nonplanar, and parts of the granite are sill-shaped and mineralised. Also, the NS Zone appears to offset the EW zone and cause a larger area of dilation and potential gold mineralisation. This EW Zone and NS Zone intersection is the apparent cause of the wider gold intercept from 22GMRC12 of the 77m at 1.14 g/t Gold from 2m.

The results of 22GMRC08 of 18m at 1.48 g/t Gold from 100m are also encouraging where deeper drilling has yielded improved grade within the contact metamorphosed (hornfels) sediments near the granite contact.

The intercept cut-off grades are shown in the table and they use a maximum internal waste of 1m. True width are not known. The assays are not capped. Coordinates are Australian projection MGA94 Zone 55.  Planned holes 22GMRC01, 22GMRC06 & 22GMRC09 were not carried out in this drilling campaign.

Fosterville South began with two, 100% owned, high-grade gold projects called the Lauriston and Golden Mountain Projects, and has since acquired a large area of granted and application tenements containing further epizonal (low-temperature) high-grade gold mineralisation called the Providence Project and a large group of recently consolidated license tenement applications called the Walhalla Belt Project, which contain a variety of epizonal and intrusion related style gold mineralisation, all in the state of Victoria, Australia. The Fosterville South land package, assembled over a multi-year period, notably includes a 600 sq. km property immediately to the south of and within the same geological framework that hosts Kirkland Lake Gold’s Fosterville epizonal gold tenements. Additionally, Fosterville South has gold-focused projects called the Moormbool and Tallangallook, which are also located in the state of Victoria, Australia. Moormbool project has epizonal style gold mineralisation and Tallangallook has mesozonal and intrusion relation gold mineralisation.

All of Fosterville South’s properties, with the possible exception of Moormbool, have had historical gold production from hard rock sources despite limited modern exploration and drilling. 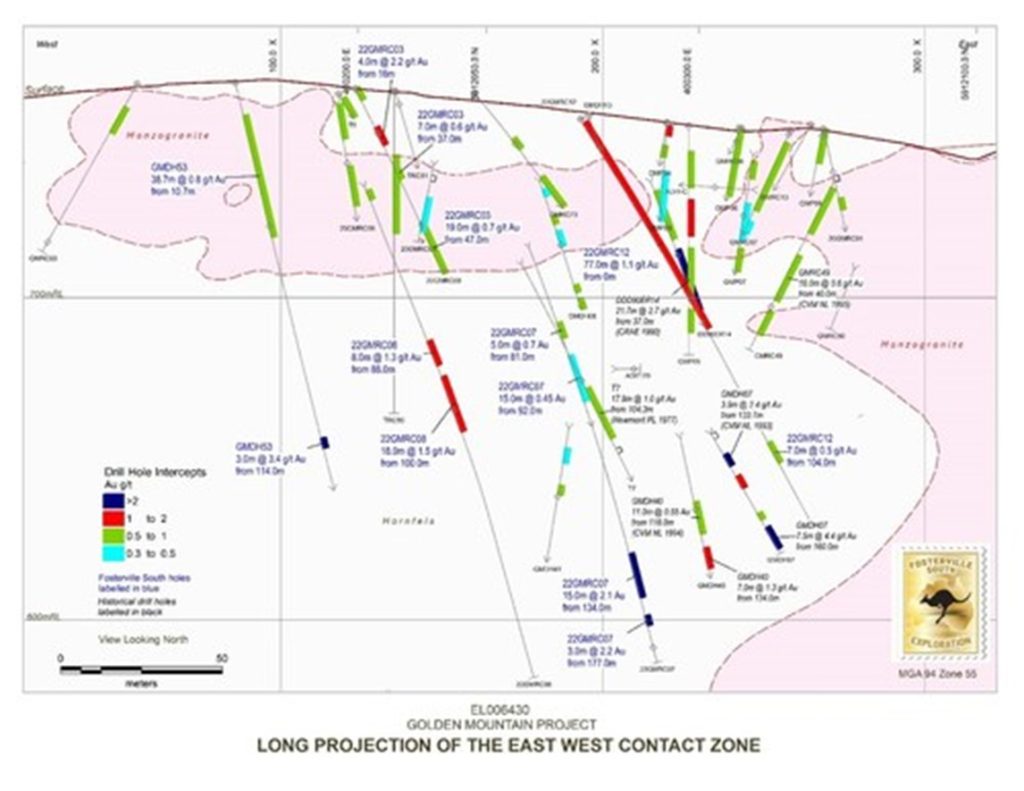 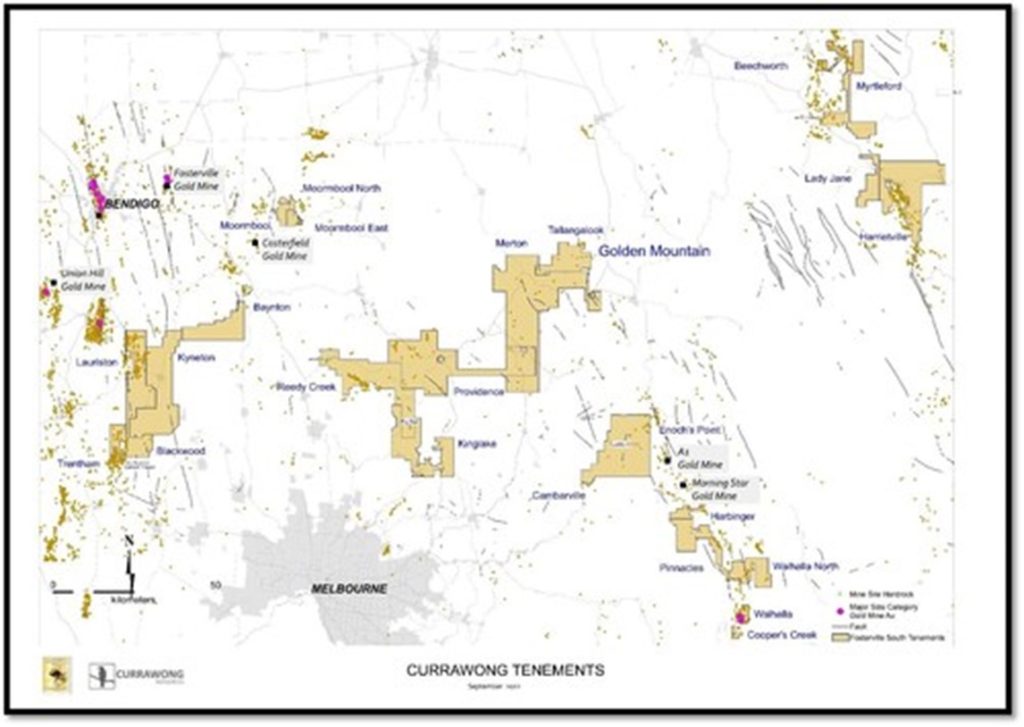