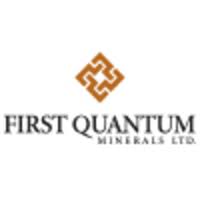 “Despite the operational and inflationary challenges presented in the first quarter, First Quantum was able to deliver another quarter of strong earnings and demonstrate continued financial improvement. Cash flow generation continues to be strong in the current commodity price environment and we remain committed to improving our balance sheet with net debt1 reduction of over $200 million during the period and the early redemption of $500 million of senior notes subsequent to the quarter,” commented Philip Pascall, Chairman and CEO. “While the restrictions from the global pandemic have largely eased, recent geopolitical events have brought about new challenges and I thank the entire First Quantum team for their tireless efforts.”

In Q1 2022, First Quantum reported improvements in gross profit (16%), EBITDA1 (9%), net earnings attributable to shareholders (56%), and adjusted earnings1 (57%) relative to the fourth quarter of last year (“Q4 2021”). On a quarter-over-quarter basis, despite lower copper and gold sales volumes and the inflationary pressures on costs, the first quarter benefitted from higher realized metal prices2 as the Company’s copper hedge positions continued to decline.

Total copper production for the first quarter was 182,210 tonnes, a 10% decrease from Q4 2021. Different factors at each of the main operating mines contributed, to varying degrees, to a reduction in grade from Q4 2021 levels. Grades are expected to return to planned levels at Cobre Panama and Sentinel over the coming months, while Kansanshi’s grades are expected to be lower than 2021. Total copper production guidance for 2022 has been lowered to a range of 790,000 to 855,000 tonnes from 810,000 to 880,000 tonnes to reflect the lower production experienced in the first quarter. Guidance for gold and nickel production remains unchanged.

Copper C1 cash cost2 of $1.61 per lb for Q1 2022 was $0.22 per lb higher than the preceding quarter as global pressures on fuel, explosives and freight prices have been seen across all of the Company’s operations. The guidance range for copper C1 cash cost2 has been increased to $1.45 and $1.60 per lb, and copper all-in sustaining cost (AISC)2 guidance has increased to $2.15 and $2.30 per lb. The conflict in Ukraine and the associated wide-reaching sanctions imposed upon Russia has led to higher energy and commodity prices. These increases have further contributed to the global inflationary environment since the Company provided three-year guidance in January 2022. For the Company, various inputs and operational costs have increased and may increase further; these include costs for fuel, explosives, sulphur, freight, reagents and steel. Such inflationary pressures have currently added approximately $0.10 per lb to monthly copper C1 cash costs2 and approximately $0.50 per lb to monthly nickel C1 cash costs2.

Total copper production for the first quarter was 182,210 tonnes, down from the 201,823 tonnes reported in Q4 2021 as all three of the Company’s main operating sites experienced lower production. Given the current events with the Ukraine conflict and COVID-19 restrictions in China, and most recently the flooding in Durban, the shipping environment and inland logistics remain challenging and continue to impact sales volumes. Despite these constraints, copper sales volumes in the first quarter totaled 196,702 tonnes sales, exceeding production levels by 14,492 tonnes, with lower closing inventory levels at the Zambian operations in particular.

Copper C1 cash cost1 averaged $1.61 per lb for Q1 2022, up from $1.39 per lb in Q4 2021, as global inflationary pressures led to increased prices, which were felt more acutely for fuel, explosives and freight. Copper AISC1 of $2.27 per lb, up 11% quarter-over-quarter, was also impacted by higher royalties on production at the Company’s Zambian properties due to the higher copper price.

Different factors at each of the main operating mines contributed, to varying degrees, to a reduction in grade, from the fourth quarter of 2021. Grades are expected to return to planned levels over the coming months at Cobre Panama and Sentinel, resulting in improved production levels over the course of the year. While grade was lower at Panama due to quarterly variations, full year grades are expected to be consistent with full year 2021. Sentinel’s copper production was impacted by wet underfoot ground conditions with an extended rainy season, which constrained the planned waste stripping and delayed access to high-grade ore in the east of the pit. Grades at Sentinel are expected to improve in the second half of 2022. Kansanshi’s production was impacted by a reduction in grade in the oxide and mixed circuits and associated recoveries in the first quarter and full year grades are expected to be lower than last year. Improvement in grades at Kansanshi in future years would be reliant on approval and implementation of the S3 project.

1 Cash costs of copper and nickel production (C1), and all-in sustaining costs (AISC) are non-GAAP ratios which do not have a standardized meaning prescribed by IFRS and might not be comparable to similar financial measures disclosed by other issuers. See “Regulatory Disclosures”.
2 Production is stated on a 100% basis as the Company consolidates all operations.

In July 2021, the Government of Panama announced the appointment of a high-level commission of senior government ministers and officials, chaired by the Minister of Commerce, to discuss the Company’s concession contract.

During January 2022, the GOP tabled a new proposal and the commission reached an agreement in principle on certain items, namely that the GOP should receive $375 million in benefits per year from Cobre Panama and that the existing revenue royalty will be replaced by a gross profit royalty. The parties continue to finalize the details behind these principles, including the appropriate mechanics that would achieve the desired outcome, the necessary protections to the Company’s business for downside copper price and production scenarios and ensuring that the new contract and legislation are both durable and sustainable.

Once an agreement is concluded and the full contract is documented, it is expected that the newly drafted legislation will be put to the Panamanian National Assembly. The Company welcomes the transparency of the robust ministerial commission process and it is hopeful that this matter can be concluded shortly.

The first quarter of 2022 has seen a marked drop in COVID-19 cases across our sites globally, with the exception of our Australian sites who are feeling the effects of the Western Australia border reopening in March. The Company’s focus this quarter has been to promote third vaccination booster shots, reinforce antigen and antibody testing and continue to inform workers and the community of COVID-19 prevention measures.

Based on government health authority recommendations, site restrictions are being lifted and international travel has become easier.

First Quantum announced, in its proxy statement, published in March 2022, the recommendation of Alison Beckett to the Board of Directors. If approved at the AGM, her appointment will continue the process of Board renewal with five new directors being appointed in the past four years, 60% of whom are women. This would bring the Company’s female board representation to 30%, a significant step towards the objective of having one third of the Company’s board positions held by women. The Company continues to focus on inclusion and diversity across the business and actively runs training and development programs designed to improve diversity and local workforce representation and advancement.

The Company has reiterated its commitment to the workforce with the approval of further investments to enhance social infrastructure. At Trident, the Company has approved the construction of an additional 800 rooms in Kalumbila Town which will serve both our workforce and the local community. At Cobre Panama, the Company continues to invest in the workforce following the pandemic and has approved the construction of an additional 11 permanent accommodation blocks, adding to the 14 that have recently been completed or are close to completion.

1 Capitalized stripping, sustaining capital and project capital are non-GAAP financial measures which do not have a standardized meaning prescribed by IFRS and might not be comparable to similar financial measures disclosed by other issuers. See “Regulatory Disclosures”.

The health and safety of the Company’s employees and contractors is our top priority and the Company is focused on the continual strengthening and improvement of the safety culture at all of our operations. The Lost Time Injury Frequency Rates is an area of continued focus and a key performance metric for the Company. Our rolling 12-month LTIFR is 0.04 per 200,000 hours worked as of March 31, 2022 (2021: 0.07).

In March 2022, the Company announced work on a 430MW wind and solar project in Zambia that is expected to allow the Kansanshi and Trident operations to increase the renewable power above the current level of 80%, which is predominantly hydroelectric power. First Quantum will work with Total Eren and Chariot Transitional Power, who will develop, finance, build and operate the project. It is expected that power will be provided by a 230 MW solar photovoltaic plant and a 200 MW wind farm. Total Eren is a leading renewable energy Independent Power Producer and Chariot Transitional Power is an African-focused transitional energy group.

First Quantum will also continue to prioritize the innovation and development of new mining technologies for optimizing productivity, profitability and reducing environmental impact.

Details of the Company’s Environment, Social and Governance reporting, including the Company’s primary ESG report, the annual Environment, Safety and Social Data Report, policies and related programs, including the Taskforce on Climate-related Financial Disclosure-aligned Climate Change Report, policies and data can be found at: https://www.first-quantum.com/English/sustainability/default.aspx

The Company published its TCFD-aligned Climate Change Report in January 2022, which outlined targets for greenhouse gas emissions reductions. First Quantum aims to reduce absolute Scope 1 and Scope 2 emissions by 30% by 2025 and the absolute and intensity of Scope 1 and 2 emissions by 50% by 2030. These targets are based on commercially available solutions and projects with an identified pathway to achievement.

The complete Consolidated Financial Statements and Management’s Discussion and Analysis for the three months ended March 31, 2022 are available at www.first-quantum.com and at www.sedar.com and should be read in conjunction with this news release.

Non-GAAP and Other Financial Measures

EBITDA, adjusted earnings and adjusted earnings per share exclude certain impacts which the Company believes are not reflective of the Company’s underlying performance for the reporting period. These include impairment and related charges, foreign exchange revaluation gains and losses, gains and losses on disposal of assets and liabilities, one-time costs related to acquisitions, dispositions, restructuring and other transactions, revisions in estimates of restoration provisions at closed sites, debt extinguishment and modification gains and losses, the tax effect on unrealized movements in the fair value of derivatives designated as hedged instruments, and adjustments for expected phasing of Zambian VAT receipts.

The consolidated cash cost (C1), all-in sustaining cost (AISC) and total cost (C3) presented by the Company are measures that are prepared on a basis consistent with the industry standard definitions by the World Gold Council and Brook Hunt cost guidelines but are not measures recognized under IFRS. In calculating the C1 cash cost, AISC and C3, total cost for each segment, the costs are measured on the same basis as the segmented financial information that is contained in the financial statements.

C1 cash cost includes all mining and processing costs less any profits from by-products such as gold, silver, zinc, pyrite, cobalt, sulphuric acid, or iron magnetite and is used by management to evaluate operating performance. TC/RC and freight deductions on metal sales, which are typically recognized as a component of sales revenues, are added to C1 cash cost to arrive at an approximate cost of finished metal.

C3 total cost is defined as AISC less sustaining capital expenditure, deferred stripping and general and administrative expenses net of insurance, plus depreciation and exploration. This metric is used by management to evaluate the operating performance inclusive of costs not classified as sustaining in nature such as exploration and depreciation.