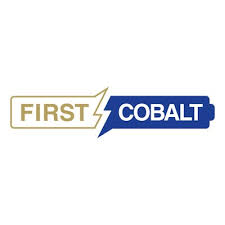 “High grade cobalt and copper zones within wider mineralized zones, such as those reported here, expand our options for development as we look to the future of this project. As work advances, I am repeatedly impressed by the increasing potential of this resource and look forward to updating our mineral resource estimate in early 2019 with results from the ongoing program.”

Underground drilling from the western extent of Adit#2 targeting the No Name Zone has outlined a discrete higher grade copper zone within broader zones of mineralization. The broader zones are outlined in the Inferred Resource estimate reported September 26, 2018. These high grade intersections characterize distinct cobalt and copper mineralized zones, which have been observed to overlap in some areas (Table 1, Figure 3).

Intersections in each hole characterize a cobalt-rich to copper-rich transition with copper grades higher than those previously reported. These results are specifically encouraging to advance drilling along the western strike extent ahead of infill drilling in the central portion of the resource near Adit#1.

Previous drilling at the western extension was primarily from surface. Underground access provides a better vantage point for testing the western strike extent and the vertical extent of both the No Name and Waite mineralized zones. Intersections from horizontal drill holes are at appropriate angles to determine true widths of mineralization.

Disseminated pyrite is also present with chalcopyrite and results show it is also generally cobalt-bearing as found throughout the Iron Creek resource. This transition has been previously noted in prior drill hole assays and in sampling from Adit#1, but the metal zoning is enhanced in this western portion. Further drilling from surface is planned in this area to continue testing the western strike extent.

Assay data was modelled from 62 drill holes (excluding holes IC18-21 and -22) outlining the continuity of cobalt mineralization across the strike length of the drilled area (Figure 3). Higher grade copper mineralization had been previously recognized around Adit#1, but a larger zone has now been identified (shown in red, Figure 3) at the western extent of Iron Creek. Higher grade cobalt is prominent in the eastern extent of the drilled area (shown in blue, Figure 3) suggesting a metal zonation. This zonation is commonly seen in other hydrothermal deposits containing cobalt and copper and may be predictable, therefore it may be a useful exploration guide for further drill targeting.

Drilling is ongoing to extend the strike length of the mineralized zone from 450 metres to over 1,000 metres and test down dip extensions of known cobalt-copper zones from 150 metres to over 300 metres below surface.

The Iron Creek property consists of patented mining claims surrounded by unpatented mining claims covering an area of 1,698 acres. Significant infrastructure is in place to support multiple drills and underground activity. Historic underground development includes 600 metres of drifting in three adits and an all-weather road connecting the project to a state highway.

Preliminary metallurgical testing concludes that simple flotation methods are applicable, yielding recoveries of 96% for cobalt and 95% for copper in rougher floatation.

Cobalt-copper mineralization occurs as semi-massive and disseminated pyrite and chalcopyrite along stratabound bands within finely layered meta-sedimentary rocks consisting of interbedded argillite and quartzite. Thin veins of sulfide minerals also cut the bands and meta-sedimentary rocks. Quartzite units make up the hangingwall and footwall to the mineralized meta-sedimentary horizon. This stratigraphic sequence has been mapped at surface and by drilling to extend along strike for at least two kilometres.

The principal mineral assemblage consists of pyrite, chalcopyrite, pyrrhotite, and magnetite with much lesser quantities of native copper and arsenopyrite locally. Scanning-electron and microprobe tests indicate the cobalt occurs largely or entirely within pyrite and there is a distinct lack of cobaltite, a common cobalt ore mineral containing arsenic. Drill results demonstrate that the cobalt and copper mineralization are in part separated from each other spatially, and in part overlapping.

First Cobalt has implemented a quality control program to comply with industry best practices for sampling, chain of custody and analyses. Blanks, duplicates and standards are inserted at the core processing site as part of the QA/QC program. Samples are prepared and analyzed by American Assay Laboratories in Sparks, Nevada. Over 15% of the samples analyzed are control samples consisting of checks, blanks, and duplicates inserted by the Company; in addition to the control samples inserted by the lab. Drill core samples are dried, weighed crushed to 85 % passing -6 mesh, roll crushed to 85% passing -10 mesh, split 250 gram pulps, then pulverized in a closed bowl ring pulverizer to 95 % passing -150 mesh, then analyzed by a 5 acid digestion for ICP analysis. All samples have passed QA/QC protocols.