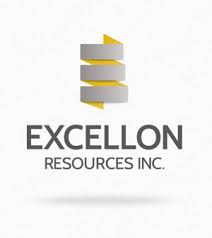 Excellon Resources Inc. (TSX:EXN) (EXN.WT) (EXN.WT.A) (OTC:EXLLF) is pleased to announce additional results from its ongoing underground exploration program at the Platosa Mine in Durango, Mexico, which continues to identify near-term mineable mineralization with the aim of growing Platosa mineral resources.

“As with our previously announced results, drilling underground continues to increase our confidence in the resources and expand our footprint at Platosa,” stated Ben Pullinger, Senior Vice-President Geology. “Definition drilling ahead of current mine workings allows for continued de-risking of future production allowing for better visibility on planning. In particular, the widths intersected in the Pierna Manto are better than expected or predicted in the current resource model.”

The following table shows highlighted intervals form the current definition and expansion program being conducted from underground at Platosa:

The Company is in the process of finalizing an updated mineral resource estimate and technical report, which will incorporate drilling completed up to December 31, 2017. Finalizing the resource has taken longer than originally anticipated as optimizations to the resource model and mine plan were identified and are being incorporated. The updated resource estimate is currently expected to be released prior to the end of Q2 2018.

Platosa drill core samples are prepared and assayed by SGS Minerals Services in Durango, Mexico. The lab is accredited to ISO/IEC 17025. The Company has a comprehensive QA/QC program, supervised by an independent Qualified Person.

Surface drilling continues at Platosa with two drill rigs currently testing targets in the same target horizon that hosts the Platosa Mine within the north-south trending Platosa corridor. The Company intends to continue testing priority targets within this corridor, while continuing to define new targets at Jaboncillo, PDN, Saltillera and San Gilberto through its ongoing fieldwork program.

The Company is also currently completing an induced polarization (IP) survey on key targets at the Miguel Auza Property ahead of upcoming drilling late in Q2 or early in Q3 2018.

Mr. Ben Pullinger, P. Geo, Senior Vice-President Geology, has acted as the Qualified Person, as defined in NI 43-101, with respect to the disclosure of the scientific and technical information relating to exploration results contained in this press release.

Excellon’s 100%-owned Platosa Mine in Durango has been Mexico’s highest-grade silver mine since production commenced in 2005. The Company is focused on optimizing the Platosa Mine’s cost and production profile, discovering further high-grade silver and CRD mineralization on the Platosa Project and capitalizing on the opportunity in current market conditions to acquire undervalued projects in Latin America.