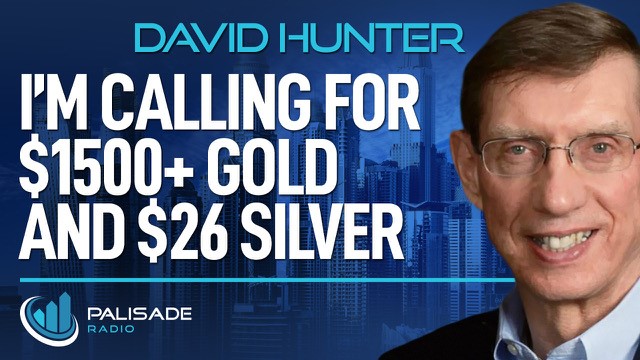 David is sticking to his target of $1550-$1600 for gold, which he predicts will be reached around Labor Day. For silver, he feels that $26 is still a definite possibility. He says, “When people become more interested in gold silver will head higher. Silver usually underperforms on the downward moves in gold and outperforms when gold rallies.” He feels that the markets are heading for another unwinding event similar to 2008, and that is likely to occur early next year.