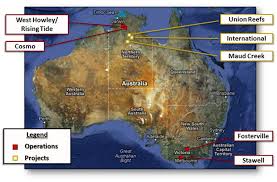 The securities underlying the Units, including the common shares and Warrants issued on closing, as well as the common shares issuable upon due exercise of the Warrants, are subject to a four month statutory hold period until June 28, 2014.

The Company intends to use the net proceeds to fund growth projects, such as the Big Hill Project, and regional exploration programs as well as for general working capital purposes. In connection with the Placement, a finder’s fee has been paid to Brant Securities Ltd. and Sprott Private Wealth LP.

Crocodile Gold is a Canadian gold mining and exploration company with three operating mines in the Northern Territory and the State of Victoria, Australia. The Company has a combined land package in excess of 4,000 sq. km. The objective of Crocodile Gold is to continue production from its three operating mines, Cosmo, Stawell and Fosterville, while also exploring and developing the Company’s resources to ensure sustainable production in the future.