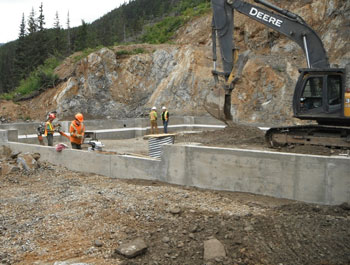 Mr. Bosche has a great depth of experience in the mining industry, including feasibility and detailed design, construction, process plant start-ups, operations and maintenance. During his time as General Manager, Design in the Project Development Division of Placer Dome he worked on projects including: Musselwhite, Pipeline, Zaldivar and other numerous feasibility and upgrade design projects.

Mr. Victor Wyprysky, Chieftain’s President and CEO, stated, “We are pleased that Harold will be joining our team. He brings a wealth of knowledge and expertise, and he will play a key role in finalizing our feasibility study as part of the recently announced project finance Memorandum of Understanding with China CAMC Engineering Co., Ltd and its majority owned subsidiary Procon Holdings (Alberta) Inc.”

Mr. Bosche will take over responsibilities from Mr. Paul Chawrun, EVP Corporate Development in guiding the feasibility study to completion. Mr. Chawrun has resigned and Chieftain thanks him for his valuable contributions to the Company and wishes him success in his future endeavors.