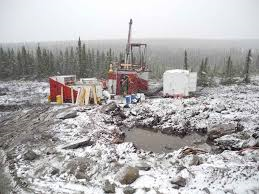 Champion Iron Mines Limited (TSX:CHM) (FRANKFURT:PO2) is pleased to provide an update of developments on the Feasibility Study of its flagship Consolidated Fire Lake North project located in the Fermont Iron Ore District of Quebec.

Champion continues to participate with the Quebec government in the advancement of a multi-user railway solution to connect mine developers and producers in the Labrador Trough with the Port of Sept-Ile’s new multi-user ship loading facilities at Pointe Noire. This remains Champion’s preferred railway and port solution following evaluation and consideration of alternatives including several independent rail options to Pointe Noire and alternatives to access Baie-Comeau.

The CFLN project hosts sufficient resources to potentially support production in excess of 20 million tonnes per annum of iron concentrate. However, Champion remains focused on an initial 10 Mtpa operation for the Feasibility Study expected to be completed by year end. Certain provisions might be considered in the Feasibility Study for potential expansion of production.

Champion’s Feasibility Study will include one initial concentrator production line producing a 10 Mtpa of 66% Iron concentrate as in the Prefeasibility Study. One main flow sheet design change might be the use of two slightly smaller AG mills in-place of a single larger AG mill to minimize production loss resulting from AG mill down-time for maintenance or potential failure.

Test work in-progress is targeting to increase mill recovery above the 82% level typical of the Fermont area. The optimization uses new technology for iron fines recovery that recently became more economic with the unprecedented price range for iron and the developing market for iron ore fines. Favorable results could have a significant positive impact to the economics of the project.

Further investigations are evaluating potential from improved filtration techniques and as a result, “dry stacking” of tailings, a more cost efficient method of tailings disposal that could also reduce the physical footprint and environmental impact of CFLN’s planned operations. Filtered tailings water would be re-circulated within the concentrator while the dry tails would possibly be conveyed to impoundment areas within the waste rock dumps.

Commenting on these activities, Champion’s CEO, Thomas Larsen, said, “We are moving forward rapidly with the remaining drilling and test work required to complete the Feasibility Study by year end. The current work programs are expected to yield enhancements in design that will have significant positive impact on the project economics and social acceptability.”

The technical information in this news release was reviewed and approved by Jean-Luc Chouinard, Ing.,M. Sc.,Champion’s V.P., Project Development and a Qualified Person pursuant to National Instrument 43-101.

Champion is an iron exploration and development company with offices in Montreal and Toronto, and is focused on developing its significant iron resources in Quebec. Champion holds a 100% interest in the Fermont Iron Holdings, including its flagship Consolidated Fire Lake North Project, that is located in Canada’s major iron ore producing district, in close proximity to five producing iron mines, existing transportation and power infrastructure.

Consolidated Fire Lake North is located immediately north of ArcelorMittal’s operating Fire Lake Mine and 60 km south of Cliffs Natural Resources Inc.’s Bloom Lake Mine in northeastern Quebec. Champion’s management and advisory board includes mining and exploration professionals with the mine development and operations experience to build, commission, and operate the future Consolidated Fire Lake North mine.

Champion recently announced that it had entered into a definitive arrangement agreement with Mamba Minerals Limited (ASX:MAB) to create a business combination via a court-approved plan of arrangement. The merged entity will be a new mining company to be named “Champion Iron Limited” with cash reserves in excess of $20 million, sufficient to complete the Feasibility Study for the Consolidated Fire Lake North Project, The merger with Mamba Minerals will bring a proven team, led by Michael O’Keeffe, with significant experience and expertise in developing bulk commodity projects and iron ore projects, comprising former executives of Riversdale Mining Limited, the Roy Hill Iron Project and Fortescue Metals Group.. The transaction is expected to close by March 31, 2014.