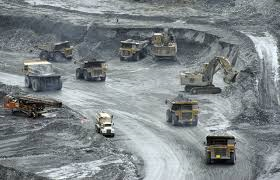 Centerra Gold Inc. (TSX: CG) announced today that its Gatsuurt Project, which is located approximately 35 kilometres from the Company’s Boroo Mine in Mongolia, has been designated as a mineral deposit of strategic importance by the Mongolian Parliament. This designation allows the Gatsuurt Project to move forward within the application of the Water and Forest Law and also allows Mongolia to acquire up to a 34% interest in the Project. The Company is continuing its discussions with the Mongolian Government relating to the development of the Project as well as the level of Mongolian state ownership. Further development of the Project will be subject to, among other things, receiving Parliamentary approval of the Mongolia’s state ownership as well as all required approvals and regulatory commissioning from the Mongolian Government.

Mr. Ian Atkinson, President and CEO of Centerra Gold stated “I am very pleased that Parliament has declared Gatsuurt as a Project of strategic importance to Mongolia. Centerra has had very productive discussions with the Government during the past year which we expect will continue as we finalize the permits and agreements that need to be put in place prior to Gatsuurt beginning production. We have operated the Boroo Mine for more than 10 years and look forward to developing the Gatsuurt Project which we expect will allow us to continue to operate in Mongolia for many more years to come.”

The Gatsuurt Project will be developed in accordance with all applicable Mongolian environmental regulations and international standards, consistent with the standards adopted by the Boroo Mine. The Gatsuurt Project’s estimated mineral reserves as at December 31, 2013 were 17.1 million tonnes at an average grade of 2.9 grams of gold per tonne containing 1.6 million ounces of gold using a cut-off grade of 1.4 grams per tonne.


Centerra is a gold mining company focused on operating, developing, exploring and acquiring gold properties primarily in Asia, the former Soviet Union and other markets worldwide. Centerra is a leading North American-based gold producer and is the largest Western-based gold producer in Central Asia. Centerra’s shares trade on the Toronto Stock Exchange under the symbol CG. The Company is headquartered in Toronto, Ontario, Canada.