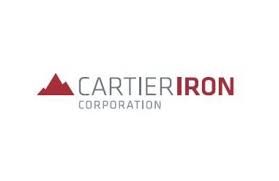 Additionally, the Company would like to again welcome as a new Company shareholder Peter Marrone, the founder and Executive Chairman of Yamana Gold Inc., who has known Dr. Bill Pearson, P. Geo., Chief Technical Advisor for Cartier, since 2006.

Cartier Iron is an exploration and development Company focused on discovering and developing significant iron ore resources in Quebec, and a potentially significant gold property in the province of Newfoundland and Labrador. The Company’s iron ore projects include the Gagnon Holdings in the southern Labrador Trough region of east-central Quebec. The Big Easy gold property is located in the Burin Peninsula epithermal gold belt in the Avalon Zone of eastern Newfoundland.