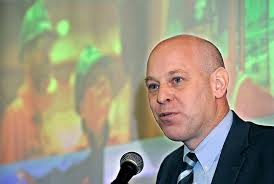 In a speech to the Vancouver Board of Trade today, Pierre Gratton, President and CEO of the Mining Association of Canada, provided an overview of the past decade of mining development in Canada and the keys to maintaining Canada’s position as a global mining leader.

“Canada benefited tremendously from the past decade of rising commodity prices, seeing a 25 percent increase in the number of new mines, increased employment and rising government revenues. The opportunity is there for Canada to continue to responsibly develop its mining industry, and the jobs, business development and community investments that go along with it,” said Gratton. “Governments and individuals all play a part in deciding whether we seize those opportunities, or let other countries take the leadership position instead.”

In his address, Gratton pointed to a few indicators to demonstrate how mining has contributed to Canada’s prosperity over the past decade, but also some signs of lost ground. Last year, after an eight-year period as the top jurisdiction for global exploration spending, Canada fell to the second spot behind Australia. Similarly, in the Fraser Institute’s latest annual survey, traditionally top Canadian jurisdictions lost their footings. For example, Quebec, which held first place from 2007 to 2009, fell to the 21st spot in 2013. In terms of mineral production, Canada has also declined from being the top five producer of 14 major minerals and metals in 2007 to just 10 today.

To explain these declines, Gratton notes that Canada’s mining sector operates in a much more competitive global environment. Some basic business fundamentals make Canada an expensive place to build new mines. This includes rising energy and operating costs, skills shortages, a lack of critical infrastructure to build new mines in increasingly remote and northern regions, high transportation costs to get goods to market, and complex and lengthy regulatory processes.

Gratton also dismissed recent commentary that Canada risks losing its strength as a resource rich country due to new demands that industry must earn “social licence” or due to recent rulings on Aboriginal title and rights.

“If you look at our track record, with over 260 agreements with Aboriginal communities concluded across the country, very few mining projects have failed due to a lack of community support,” said Gratton. “While a business risk, I don’t believe social licence is a significant obstacle to new mine development in Canada, because overall our practices have kept pace with or exceeded new expectations.”

Gratton also addressed the serious tailings breach at Mount Polley, and the efforts the industry must undertake to reassure Canadians, and British Columbians in particular, about its commitment to safety and environmental protection.

Noting that over 200 mines across Canada operate safely every day, Gratton acknowledged that a failure of this sort is unacceptable. “The Canadian mining industry—and MAC and its members in particular—have spent the better part of the past two decades working to improve practices in this area so that tailings failures never occur. While we do not know yet what caused the breach, MAC and its members are determined to learn from this event. We expect effective regulation and oversight in concert with robust design, operation and maintenance practices,” concluded Gratton.

The Mining Association of Canada is the national organization for the Canadian mining industry. Its members account for most of Canada’s production of base and precious metals, uranium, diamonds, metallurgical coal, mined oil sands and industrial minerals and are actively engaged in mineral exploration, mining, smelting, refining and semi-fabrication. Please visit www.mining.ca